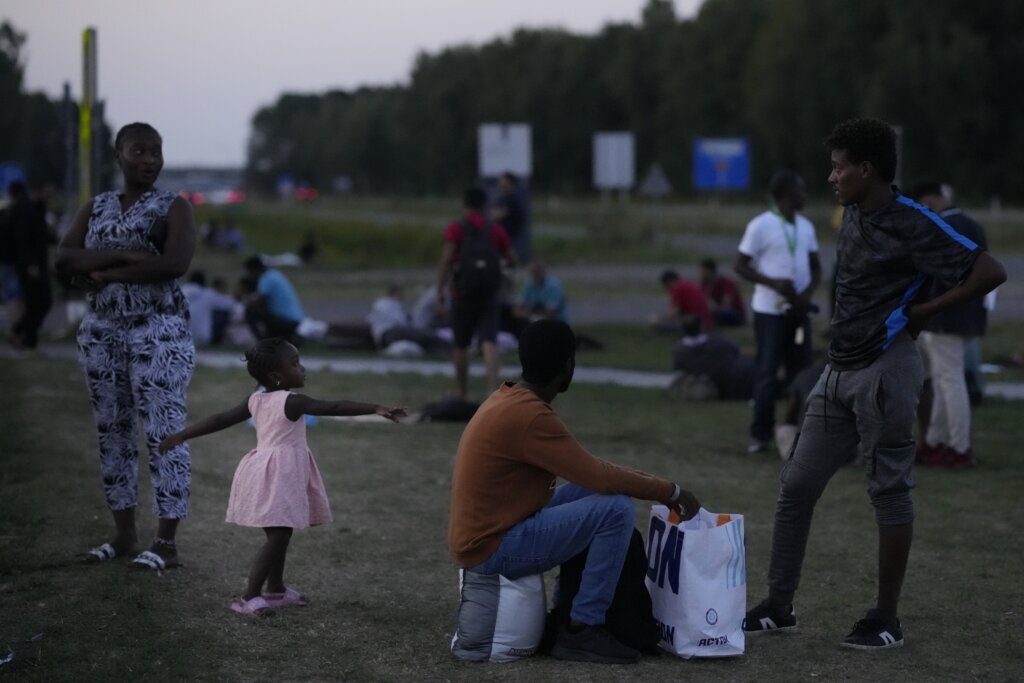 THE HAGUE, Netherlands (AP) — Authorities moved 150 migrants Thursday night from an overcrowded asylum seekers center in the northeastern Netherlands to two sports halls in a central city, alleviating the suffering of some of the people who have been camped in the open air in sweltering summer temperatures.

The city of Apeldoorn announced Friday that it had provided short-term accommodation to ease the crisis and that the asylum-seekers would move on after four days to another location.

Hundreds of migrants have been sleeping outdoors in squalid conditions just outside the small village of Ter Apel because the asylum center there is too full to house them, drawing comparisons to overcrowded migrant camps on Greek islands.

The government minister in charge of migration and asylum issues, Eric van der Burg, said ahead of a Cabinet meeting Friday that a number of municipalities have expressed willingness to help, but not enough to ensure that the makeshift camp outside the asylum center will be empty by Friday evening.

The situation is so grim that the Dutch arm of Doctors Without Borders sent a team there Thursday, the first time the agency has launched a mission in the Netherlands.

A 3-month-old baby died at the Ter Apel center this week. Authorities are investigating the cause of death. And on Thursday two men were taken to hospital, one after suffering a heart attack and another whose diabetes had gone untreated for weeks as he crossed Europe to reach the Netherlands.

“These are 700 people sleeping rough: no showers, very bad facilities, no health care from the institutions,” Doctors Without Borders’ Dutch director, Judith Sargentini, told The Associated Press on Thursday.

The Dutch government, an umbrella organization for municipalities and the asylum accommodation agency are in talks about providing more places to house migrants around the country.

While many Dutch towns and cities offered places for Ukrainians who fled the war in their country, the welcome has worn thin for asylum-seekers from other countries. The majority of people arriving in Ter Apel are Syrians fleeing their nation’s grinding civil war.