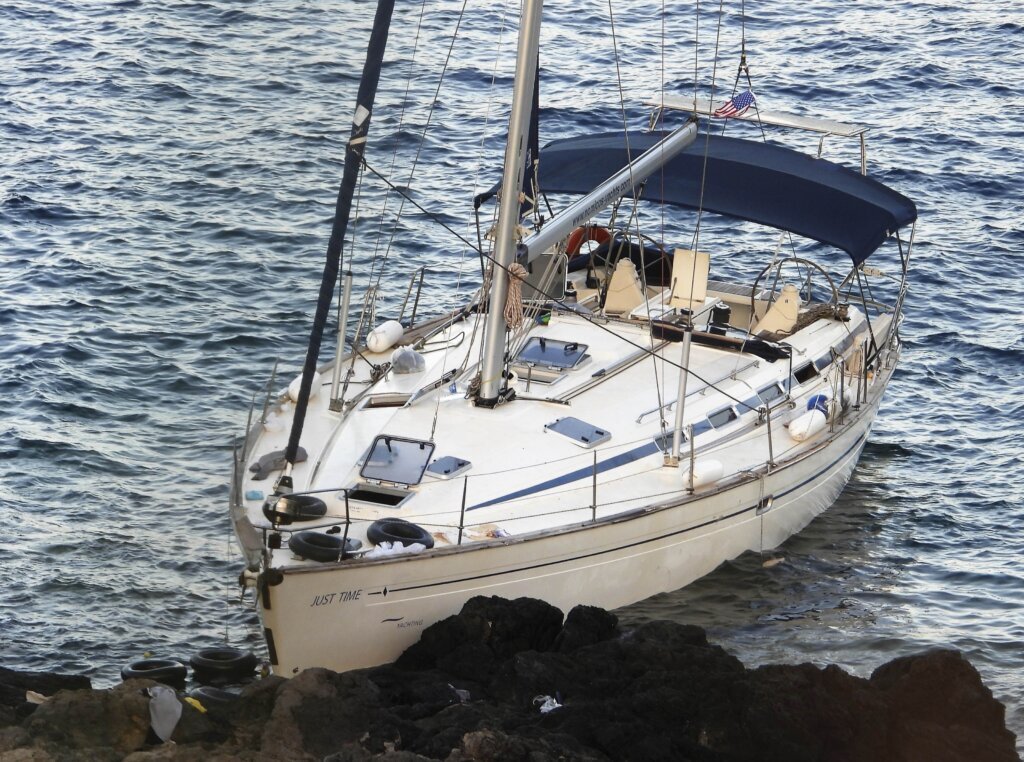 ATHENS, Greece (AP) — Greek authorities say another sailboat carrying dozens of migrants arrived Thursday at Kythera, the third in just under two days to make it to the southern island that is not on the usual route for asylum-seekers trying to reach the European Union.

Greece’s coast guard said initial reports indicated the boat that landed on Kythera’s western coast had about 70 people on board. Their nationalities and where they had set sail from were not immediately known.

Two other sailboats reached the island Wednesday. The first ran aground on the island’s southern coast with 97 people on board – 93 from Afghanistan, three from Turkey and one from Pakistan, authorities said.

The passengers made it to shore themselves, and no one was reported injured or missing. The coast guard said Thursday that the boat had set sail from the Cesme area in Turkey and the group included 55 children. Three of the people on board, ages 30, 29 and 17, were arrested as suspected migrant-smugglers.

Located off the southern tip of the Peloponnese, Kythera is not a target destination for the thousands of people fleeing conflict and poverty in the Middle East, Asia and Africa. Most attempting to make it into the European Union cross from the Turkish coast to nearby Greece’s eastern Aegean islands.

But with Greek authorities increasing patrols in the area and facing persistent reports of summarily deporting new arrivals back to Turkey without allowing them to apply for asylum, more people are attempting a much longer and more dangerous route directly to Italy.

Big bang privatisation of banks can do more harm than good: RBI article