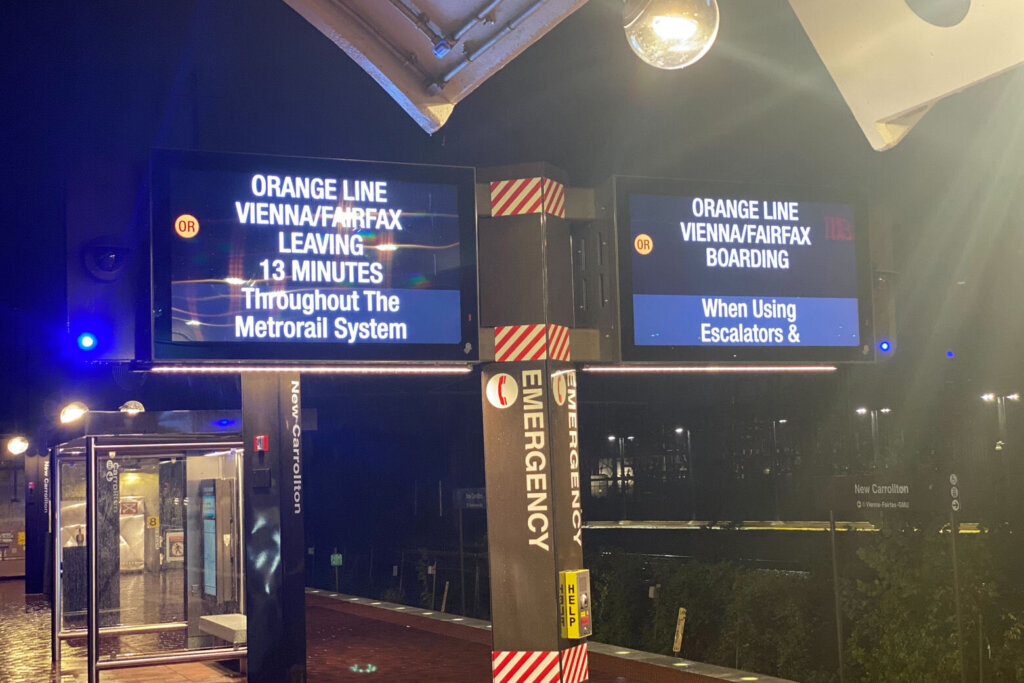 A massive four-year project to modernize outdoor Metro stations has wrapped up. The last five stations have been renovated and they reopened to D.C.-area commuters who ride on the Orange Line Tuesday.

For the past three months, Lee Kerce rode a shuttle bus from the New Carrollton Metro station in Maryland to work in Rosslyn, Virginia.

“Shuttle buses were great, but you know, traffic and that’s what we tried to avoid,” Kerce said.

Tuesday morning he took one of the first trains out of the newly renovated station.

“I think did an amazing job of one thing, the station doesn’t leak anymore,” Kerce jokingly told WTOP.

Along with New Carrollton, four other stations in Landover, Cheverly, Deanwood and Minnesota Avenue saw upgrades.

The new outdoor platforms have slip-resistant tile flooring that was especially useful during the rainy reopening.

The other big improvement will help with rider safety and security. Brand new LEDs are lighting up the entire platform.

There are two new updated emergency call boxes placed underneath digital signs that tell you when the next train is coming and any other Metro updates.

“I’d like to thank our customers, employees, contractors, jurisdictional partners, and, everyone in the National Capital Region who made this project possible,” said Metro General Manager and CEO Randy Clarke in a statement.

“The completion of this project demonstrates our commitment to delivering a sustainable, equitable, and world-class transit system to the National Capital Region.”

The project was funded by Metro’s Capital Improvement Program. They said it has been the largest, most complex capital construction project completed since Metro opened in 1976.