5 years after Heather Heyer was killed in Charlottesville, her mother keeps fight for social justice alive 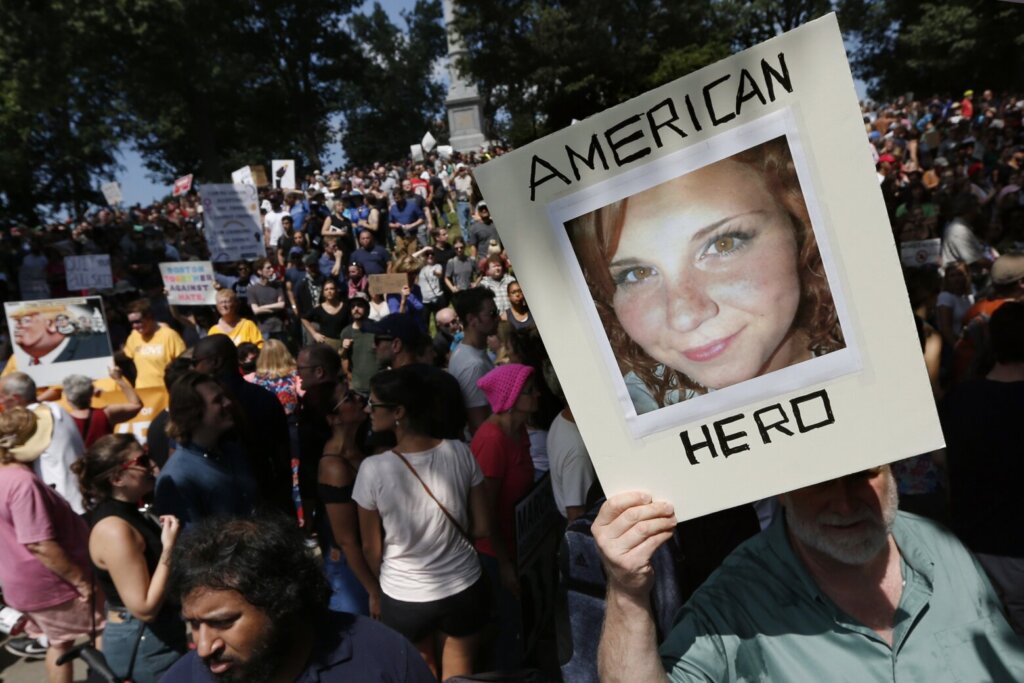 Five years after Heather Heyer was killed in Charlottesville during the Unite The Right rally, her mother says the quest for social justice often includes one step forward, two steps back.

Five years after the deadly Unite The Right rally in Charlottesville, the mother whose daughter was killed when a white nationalist plowed his car into a crowd of counter-protesters, says much work remains to ensure social justice.

“There’s lots to protest, lots to be fixed,” Susan Bro tells WTOP. Her daughter, Heather Heyer, was killed during the Aug. 12, 2017, rally tied to Confederate statues.

Bro launched the Heather Heyer Foundation in memory of her daughter. Heyer, a paralegal, was 32 when she was killed. James Alex Fields, Jr. has been sentenced to two life sentences in prison for Heyer’s murder and hate crimes, plus an additional 419 years.

In her continued search for social justice, Bro says over the past five years progress hasn’t been linear.

“My thought was that change happens and then it sticks around — that was naive and foolish,” Bro said. “What I’ve come to understand is we move in lurches — we take a step forward, then maybe two steps backwards, and have to try to move forward again.”

Bro, who is 65, says she was 13 when the Civil Rights Voting Act was passed. “And yet, we still need to renew that. We are just not making any substantial progress. Some things are better, but some things are worse.”

She added, “Protest is great to bring attention to an issue, but you have to move beyond protesting. What can we do to create positive, definite, long-lasting change?”

“There are those that are called to protesters, there are those who are called to be activists in other ways,” said Bro. “I’m going to use my voice responsibly — other people’s talents may be writing plays, or movies, or songs, or be able to write postcards.”

The current political climate is posing additional challenges, according to Bro.

“There are definite agendas that have been owned and publicized that I think are dangerous, and definitely need to be counteracted,” said Bro. “But we’ve got to get over this dance of performance.”

However, the discussion of racism has brought additional risk, with little willingness to work toward a mutual goal.

“We’ve also come to the stage where we’re much more polarized,” Bro said. “We’re more ‘us versus them,’ and anytime that happens, mothers and fathers will bury their children.”