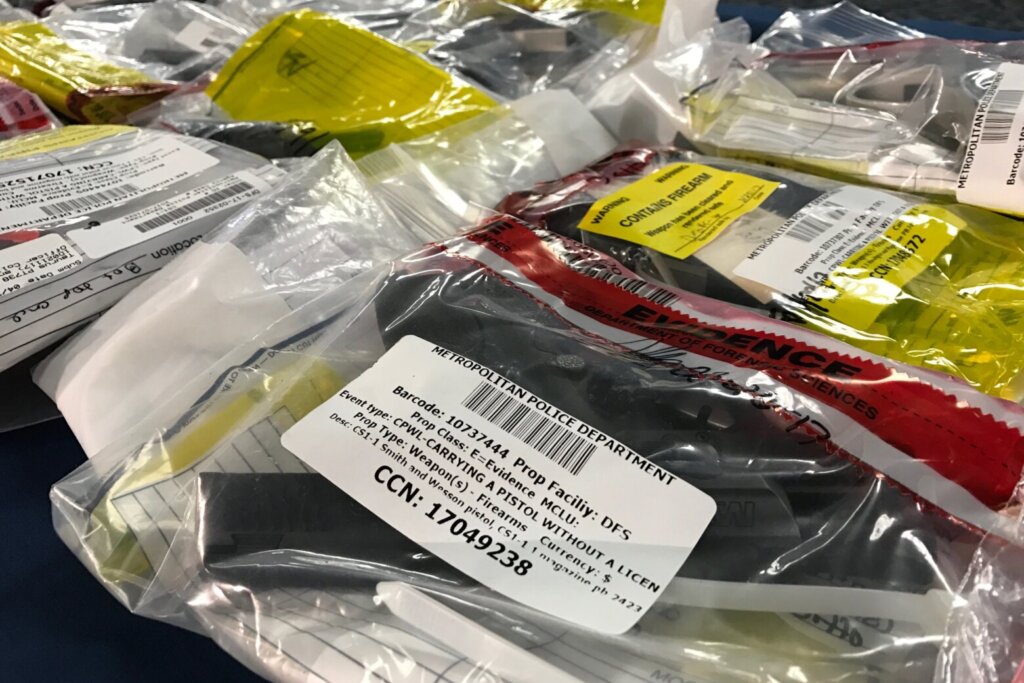 Seven D.C. police officers have been accused of misconduct after an internal investigation reportedly found they confiscated illegal guns without trying to arrest the person who had the weapon.

Seven D.C. police officers have been accused of misconduct after an internal investigation reportedly found they confiscated illegal guns without trying to arrest the person who had the weapon.

D.C. police Chief Robert Contee said it was a community complaint against the department back on Sept. 11 that triggered an investigation into the confiscation of guns by officers at the department’s seventh district station.

The investigation, Contee said, brought the first instance of officers allegedly seizing an illegal gun without making an arrest or seeking an arrest warrant.

“In essence, an illegal firearm was removed from an armed suspect, and the suspect was allowed to walk away without consequence of arrest, or officers securing an arrest warrant,” he said.

The two officers involved were then placed on administrative leave. According to the police chief, a deeper look into gun seizure cases over the last three months, which included comparing the written reports from officers to body camera footage, uncovered several other members of the department who acted similarly.

That led to five additional officers being taken off the streets. Contee said the seven officers accused of misconduct joined the department between the years of 2013 and 2019.

“That does not make communities safer, when we allow people in some instances, potentially armed felons, to go on about their business and just recover the firearm,” Contee said. “It’s only a short matter of a short amount of time before they are in possession of another firearm.”

Out of an abundance of caution, several other members of the seventh district’s police station were temporarily reassigned until the internal affairs investigation is complete. The U.S. Attorney’s Office has also been notified of the investigation, which is still in the preliminary stage.

Contee said he is disappointed by the alleged actions of the officers in these cases.

“I have over 3,000 officers that come to work every day, they bust their tails, they go out here and they make they do a great job of making community safer for the residents of the District of Columbia and to have members who go who, in this case, in these cases appear to do things that are not consistent with what we train, what we teach,” Contee said. “That’s very disappointing to me.”

No petrol, diesel in Delhi without PUC from October 25, says Gopal Rai