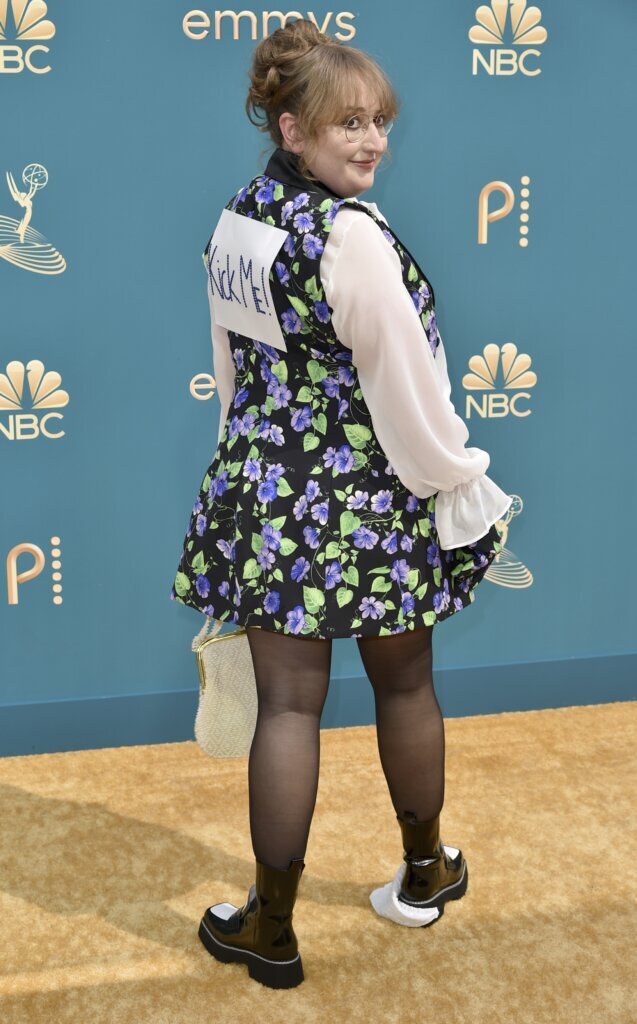 The red carpet for the 74th Emmy Awards is underway as everyone gets ready for showtime at 8 p.m. Eastern.…

The red carpet for the 74th Emmy Awards is underway as everyone gets ready for showtime at 8 p.m. Eastern. “Saturday Night Live” veteran and first-time Emmy host Kenan Thompson told The Associated Press that he was planning to open the show “with a bang” … but don’t expect Oscars slap-level drama in the Microsoft Theater. It should be, producers promised, a conflict-free night.

AP Television Writer Lynn Elber has a helpful overview of the show, which could see some historic wins if “Squid Game” and “Abbott Elementary” beat out “Succession” and “Ted Lasso” for best drama and comedy.

Follow along here for more on the night’s buzziest moments, coming to you live from the AP.

The gold carpet is ready for TV’s top stars at the #Emmys in downtown Los Angeles.

The gold carpet is ready for TV’s top stars at the #Emmys in downtown Los Angeles.

There’s still more than two hours to get your own Emmys picks in, but if you’re stuck, take a leaf out of our experts’ book. AP’s Mark Kennedy and Lynn Elber discuss who will win and who should win from the highly competitive 25 awards presented during tonight’s telecast.

Comedian Emily Heller was one of the early arrivals to the Emmy Awards with a statement outfit, literally: She had a sign with the words “Kick Me!” pinned to the back of her frock. It’s not a first for Heller who in 2018 carried a purse that said “gettyimages.”

Get your fashion fix on E! starting at 6 p.m. Eastern/3 p.m. Pacific for red carpet arrivals. Peacock’s stream from the carpet starts an hour later and NBC will air the show live while Peacock streams it in real time at 8 p.m. Eastern/5 p.m. Pacific. If you don’t have cable: Yes, Peacock has a seven-day free trial.