77 years after battle’s end, Okinawa wants US base reduced 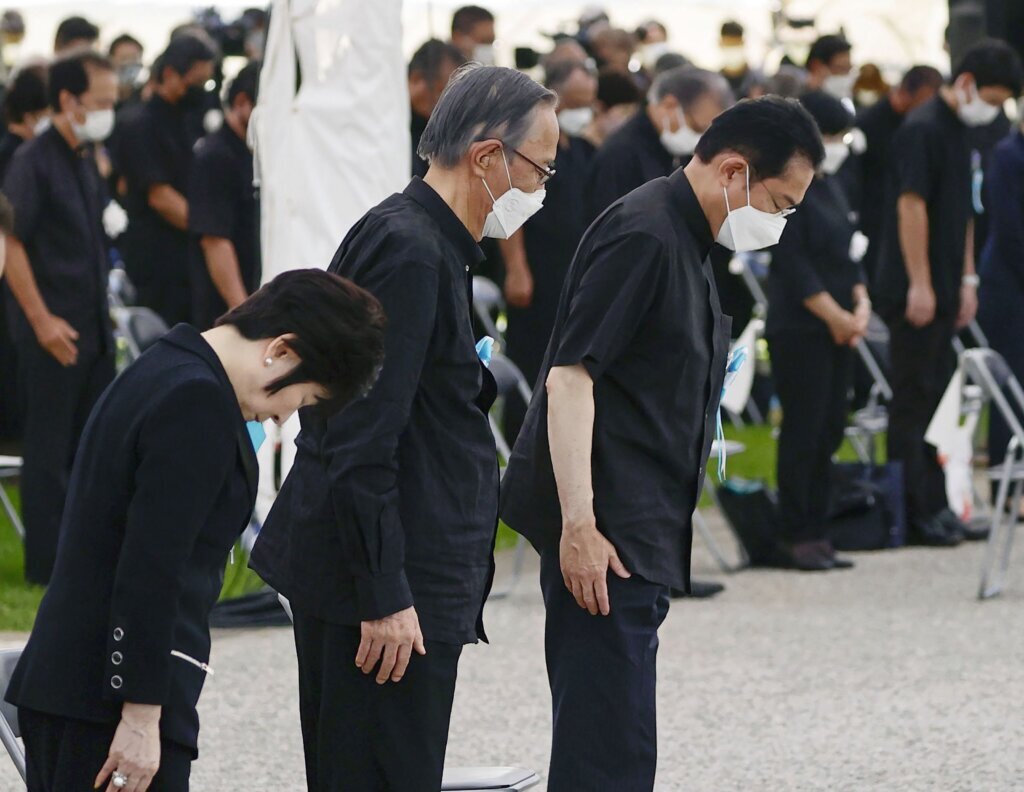 TOKYO (AP) — Okinawa marked the 77th anniversary Thursday of the end of one of the bloodiest battles of World War II, with the governor calling for a further reduction of the U.S. military presence there as local fears grow that the southern Japanese islands will become embroiled in regional military tension.

The Battle of Okinawa killed about 200,000 people, nearly half of them Okinawan residents, and was the only land battle fought on Japanese turf. Japan’s wartime military, in an attempt to delay a U.S. landing on the main islands, essentially sacrificed the local population.

Many in Okinawa are worried about the growing deployment of Japanese missile defense and amphibious capabilities on outer islands that are close to geopolitical hotspots like Taiwan.

At a ceremony marking the June 23, 1945, end of the battle, about 300 attendants in Okinawa, including Prime Minister Fumio Kishida and other officials, offered a moment of silence at noon and placed chrysanthemums for the war dead. The number of attendants was scaled down because of coronavirus worries.

At the ceremony in Itoman city on Okinawa’s main island, Gov. Denny Tamaki spoke of Russia’s invasion of Ukraine, saying the destruction of towns, buildings and the local culture, as well as Ukrainians’ constant fear, “reminds us of our memory of the ground battle on Okinawa that embroiled citizens 77 years ago.”

“We are struck by unspeakable shock,” he said.

In May, Okinawa marked the 50th anniversary of its reversion to Japan in 1972, two decades after the U.S. occupation ended in most of the country.

Today, a majority of the 50,000 U.S. troops based in Japan under a bilateral security pact and 70% of U.S. military facilities are still in Okinawa, which accounts for only 0.6% of Japanese land.

Kishida acknowledged the need for more government efforts to reduce Okinawa’s burden from U.S. military bases as well as more support for the islands’ economic development, which fell behind during their 27-year U.S. occupation.

Resentment and frustration run deep in Okinawa over the heavy U.S. presence and Tokyo’s lack of efforts to negotiate with Washington to balance the security burden between mainland Japan and the southern island group.

Kishida, citing the worsening security environment in regional seas in the face of threats from China, North Korea and Russia, has pledged to bolster Japan’s military capability and budget in coming years, including enemy attack capabilities that critics say interfere with Japan’s pacifist Constitution.

Uniswap Moves into the NFT Sector With Genie Acquisition