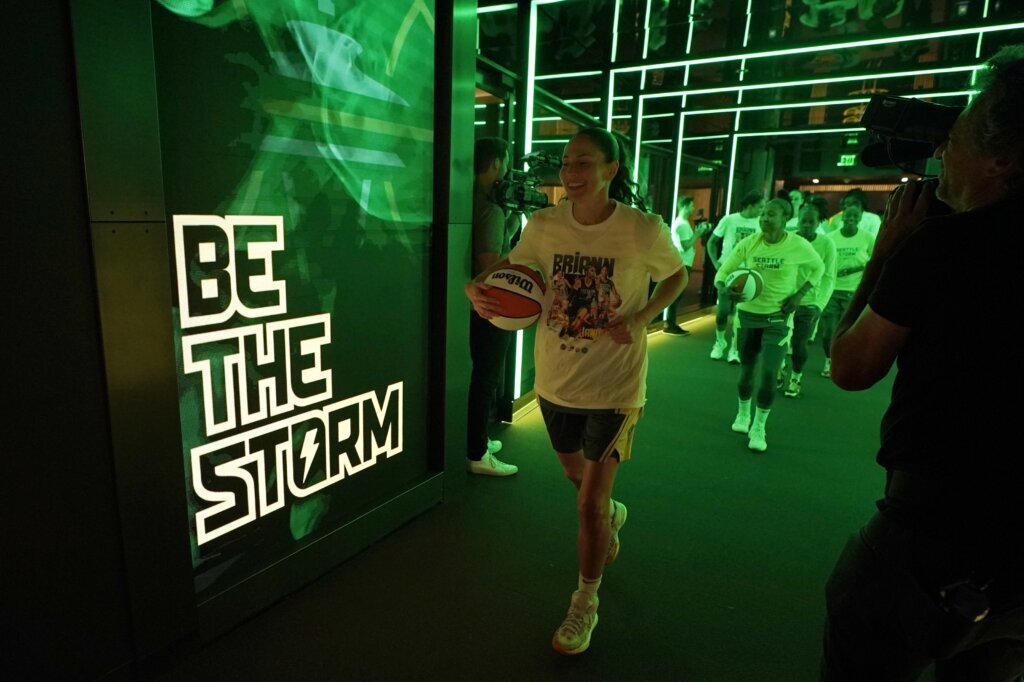 The largest crowd in Storm history packed Climate Pledge Arena to thank Bird for her two decades as the face of the franchise and one of the best women’s basketball players ever.

But the Aces weren’t willing to play their part in ensuring Bird’s finale was a win. Wilson dominated the first three quarters, Chelsea Gray and Jackie Young both scored 15 and the Aces never trailed the final 28 minutes.

Breanna Stewart finished with a season-high 35 points and Tina Charles added 19. Bird finished with nine points, six assists and four rebounds, but the result was much like the first game she played in Seattle 20 years ago — a defeat.

CHICAGO (AP) — Candace Parker scored 18 points, grabbed 12 rebounds and tipped a pass to Emma Meesseman for a 3-pointer in the closing seconds to help the Sky beat the Sun to set the franchise record for wins in a season.

Jonquel Jones had 17 points and 10 rebounds for Connecticut (22-11), which was missing head coach Curt Miller who was spending time with his family after his mom Bev died earlier this week.

WASHINGTON (AP) — Brittney Sykes scored 21 points. including a driving layup in the closing seconds, and the Sparks kept their slim playoff hopes alive with a win over the Mystics.

Los Angeles (13-20), which snapped a six-game losing streak, are one of five teams within two games of each other vying for the final two postseason berths. The Sparks are 1 1/2 games back of seventh-place Atlanta (14-18) and a game behind Phoenix (14-19) for the final playoff spot with a week left in the regular season.

Washington is in a battle with Seattle for the fourth spot. The Mystics trail by a half-game with two games left.

Politics heats up as Congress, and BJP go head-to-head