ADAM PEATY finally discovered what it is like to lose a 100metre breaststroke race — but promised he WILL be back.

Britain’s greatest swimmer had NEVER lost a race in his eight-year senior career at his favourite distance.

But Peaty’s belief that he could defy a six-week broken foot absence and retain his Commonwealth crown was crushed as he finished FOURTH behind England’s James Wilby at the Sandwell Aquatics Centre.

Swimming’s Superman looked on course for another triumph as he led off the blocks to turn in front.

But he was forced to confront his own mortality as he suddenly started swimming through treacle, overtaken not just by Wilby but also Zac Stubblety-Cook and Sam Williamson of Australia.

Stunned Peaty said: “I just don’t know what went wrong. I felt really good to 50m but with 25m to go I just had nothing in the tank. 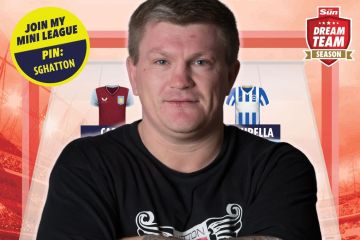 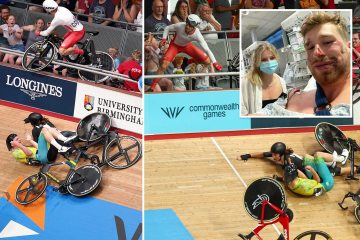 “That was the lack of training, the lack of racing. I couldn’t pinpoint what went wrong but it was two seconds slower than the Olympics.”

Peaty, pointed to his injury, having conceded before Birmingham that he was “blindfolded” about his fitness.

He added: “It took a broken foot to get it away from me. If you don’t race all season it bites you when it matters.

“But I chose to fight. I don’t really care about the stats and how long I’m undefeated.

“I can’t even remember when I went that slowly so it’s a shock and a disappointment.

“The next two years are about how I peak in Paris. That will be a challenge but it is my target.”

Peaty’s disbelief was palpable. Even since emerging onto the senior stage at Glasgow 2014, nobody has been able to crack his veneer of calm assurance.

But after turning in front — albeit just 0.13secs clear of Williamson — Peaty hit the wall.

Wilby’s time of 59.25sec would have been enough to finish LAST in the Tokyo final won by Peaty, who insists he will race in today’s 50m event.

But the Glasgow-born 28-year-old did not care about his time — and rightly so.

Wilby said: “Adam is phenomenal, the fastest breaststroker in the world. You can never take that away from him. Sometimes it’s about taking your opportunities.

There was more English gold from Alice Tai, who had her right leg amputated in January, in the 100m backstroke S8.

James Guy won a shock bronze in the 200m butterfly behind Kiwi Lewis Clareburt and Chad le Clos of South Africa and the women’s 4x200m relay squad, as Australia set the first world record of the championships.