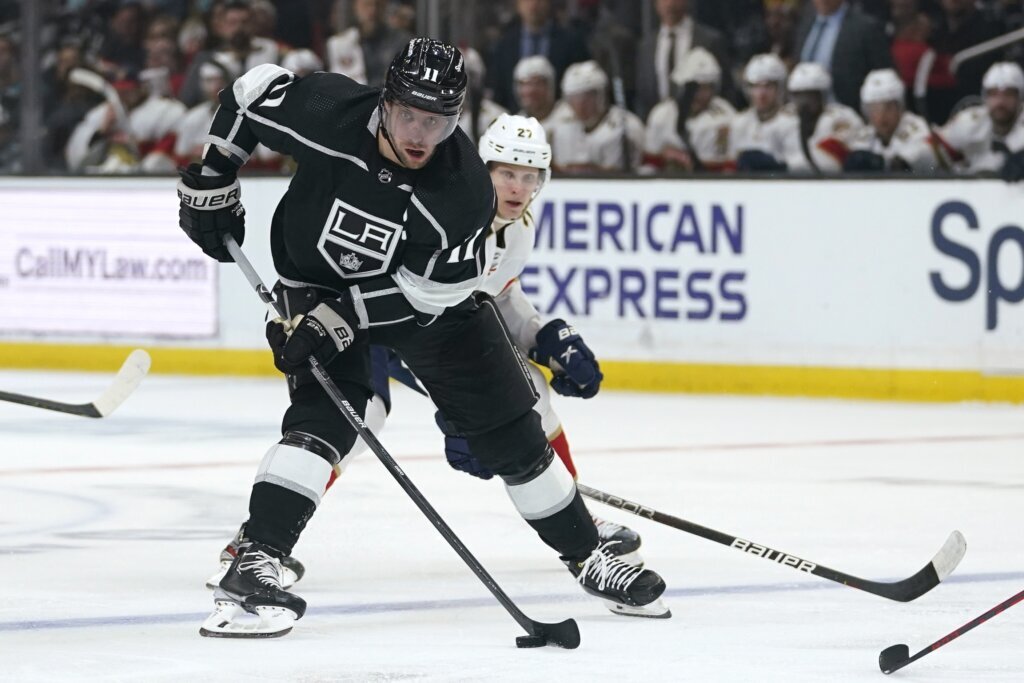 LOS ANGELES (AP) — After making the playoffs last season for the first time in four years, Todd McLellan thinks the easy part is done for the Los Angeles Kings in their rebuilding project. Now comes living up to expectations.

“We have to accept that responsibility to step up every day,” said McLellan, who is beginning his fourth season as coach. “Expectations are high within our locker room and organization. They are attainable and reasonable. We are in control of them. We took a big leap last year and would like to build on that and move forward.”

The Kings took the Edmonton Oilers to seven games in the first round of the Western Conference playoffs, but fell short of winning their first series since winning the Stanley Cup in 2014. Instead of being content with roster that has a nice mix of youth and experience, Los Angeles added a big piece by trading for forward Kevin Fiala and then signing him to a seven-year contract.

Fiala had a career-high 85 points for the Minnesota Wild last season, including 33 goals, and will be on the top line with center Anze Kopitar and winger Adrian Kempe. Kopitar led the Kings with 67 points and Kempe scored a career-high 35 goals to lead the team.

“I feel like we have good chemistry already. I play with some guys that it happens right away and some players that I needed some time,” Fialia said. “We’ll see and obviously we have time during training camp and the preseason.”

Drew Doughty played in only 39 games but was the leading scorer among Kings defensemen with 31 points (seven goals, 24 assists). Doughty missed 43 regular-season games last season due to a bruised knee, COVID-19 protocols and season-ending wrist surgery after being out only 19 games during the first 13 years of his career.

Doughty said his wrist feels 100% and he hasn’t had setbacks during training camp.

Jonathan Quick and Cal Petersen will split time in what is likely to be a transition season. Quick is in the final season of a 10-year contract but posted his best numbers since 2017-18 with 23 wins, a 2.59 goals-against average and .910 save percentage in 46 starts. He also started every game of the Edmonton series despite struggling in Game 3. Petersen has been the heir apparent for a couple seasons. He had a career-high 20 wins last season in 37 games (35 starts) and a 2.89 GAA, but Petersen also had a career-low save percentage of .895.

Quinton Byfield, the second overall pick in the 2020 draft, is looking for a better start after he missed the beginning of last season due to an ankle injury during the preseason. He is expected to be on the third line with Alex Iafallo and Arthur Kaliyev after scoring 10 points (five goals, five assists) in 40 games last season.

McLellan is stressing the importance of a strong start so that they don’t spend most of the season trying to make up ground. Getting out of the gate slow has been the norm for the Kings, who have not started over .500 through their first 10 games the past four seasons.