Africa leader warns of pressure to choose sides in Ukraine 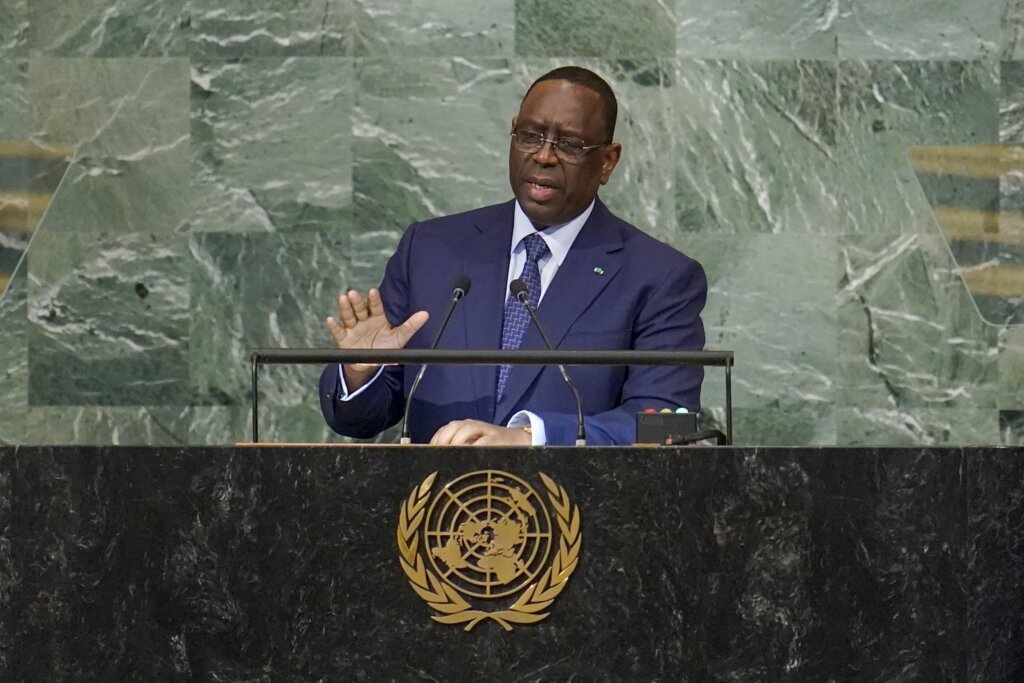 African Union chairperson Macky Sall said Tuesday that Africa “does not want to be the breeding ground of a new Cold War,” alluding to the pressure mounting on the continent’s leaders to choose sides over the war in Ukraine.

Many African countries depend heavily on grain imports from Russia and Ukraine. Amid market shortages, Russia’s foreign minister has sought to portray the West as the villain, blaming it for rising food prices. Western leaders, meanwhile, have accused the Kremlin of cynically using food as a weapon and waging an imperial-style war of conquest.

So far Africa has stayed somewhat neutral on Ukraine: Some 25 countries either voted to abstain or did not vote at all on the U.N. resolution that condemned the war in Ukraine earlier this year.

“I have come to say that Africa has suffered enough of the burden of history; that it does not want to be the breeding ground of a new Cold War, but rather a pole of stability and opportunity open to all its partners, on a mutually beneficial basis,” Sall told the General Assembly on Tuesday.

“We call for a de-escalation and a cessation of hostilities in Ukraine as well as for a negotiated solution to avoid the catastrophic risk of a potentially global conflict,” he said.

Some observers have called the efforts by Russia and the United States the strongest lobbying campaigns since the Cold War, when the continent was wracked by proxy wars as the U.S. and Soviet Union vied for influence.

The Soviet Union backed many African movements fighting to end colonial rule, and Russia’s foreign minister has voiced support for reform of the U.N. Security Council to give African countries permanent seats and greater influence.

Among those staying neutral is continental heavyweight South Africa. International Relations minister Naledi Pandor has said that finding an endgame to the Ukraine war will be South Africa’s focus when it participates in the annual meeting of the U.N. General Assembly next week.

“We would want a process of diplomacy to be initiated between the two parties and we believe the U.N. must lead, the U.N secretary-general in particular,” Pandor said.

Sall emphasized Tuesday that Africa is “a continent determined to work with all of its partners” to address the continent’s needs. More than 600 million Africans still lack access to electricity on a continent of 1.4 billion people, he said. The continent was hard-hit by the global economic downturn amid the COVID-19 pandemic, a time when remittances stopped flowing and tourism halted.

Given that Africa “pollutes the least and lags furthest behind in the industrialization process,” it should be allowed to exploit its oil and gas resources, Sall told the General Assembly.

And Western countries should provide funding so that Africa can transition to cleaner sources of energy, but he said that it should not be considered aid. Instead it should be given in global solidarity “in return for efforts made by developing countries to avoid the polluting patterns that have plunged the planet into the current climate emergency,” Sall said.