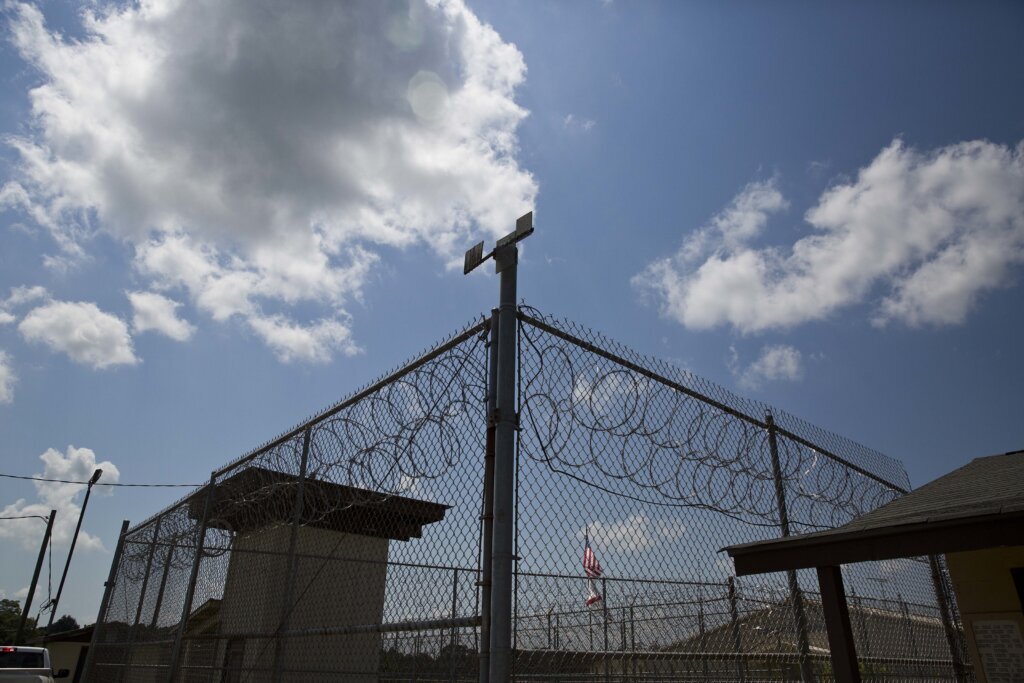 MONTGOMERY, Ala. (AP) — Thousands of inmates in Alabama’s overcrowded prison system are receiving only two meals a day during…

MONTGOMERY, Ala. (AP) — Thousands of inmates in Alabama’s overcrowded prison system are receiving only two meals a day during a prisoner work stoppage that was in its fourth day Thursday, and the agency said weekend visitation also was being canceled.

While inmates and activists have accused the Department of Corrections of using pressure tactics in an attempt to end the demonstration, officials said the reduced rations and the lack of visits were the result of a prisoner labor shortage.

Inmates provide much of the labor force inside prisons, the department said, so the lockups eliminated one of the three meals that normally are served to compensate for the lack of workers.

“This is not a retaliatory measure but logistically necessary to ensure that other critical services are being provided,” the department said in a statement.

The department said most its large mens prisons were still affected by the strike on Thursday, and visitation was being canceled this weekend because of the stoppages and their impact on prison staff.

“Inmates have been notified and encouraged to notify any visitors,” the agency said.

Photos posted on social media showed brown bag meals consisting of a corn dog or peanut butter sandwich. The prison system said it would return to regular meal service once the strike ends, but it wasn’t clear how long that might take.

Alabama prisons held more than 20,000 inmates in July, when the Department of Corrections issued its latest statistical report, despite being designed for only 12,115 people. The department runs 13 major prisons for men, the largest of which holds more than 2,200 men, and one for women.

The Department of Justice is suing Alabama over the conditions in its prisons, saying the state is failing to protect male inmates from inmate-on-inmate violence and excessive force at the hands of prison staff.

The 2020 lawsuit alleges that conditions in the prison system are so poor that they violate the constitutional ban on cruel and unusual punishment and that state officials are “deliberately indifferent” to the problems. Alabama officials have acknowledged problems but deny that the living conditions violate constitutional standards.