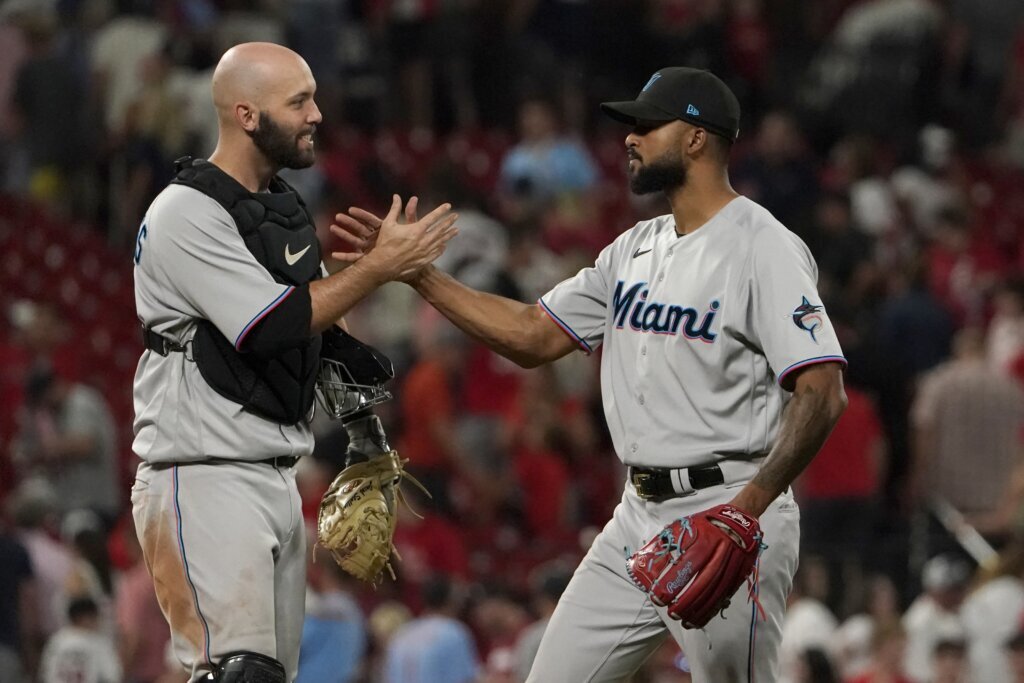 Sandy Alcantara is pitching like a contender for the Cy Young Award. If he wins it, that would be a…

Sandy Alcantara is pitching like a contender for the Cy Young Award. If he wins it, that would be a first for the Miami Marlins.

The Marlins have had an MVP in Giancarlo Stanton, but never in the franchise’s three-decade history have they had a Cy Young winner. Alcantara threw a complete game in a victory over St. Louis on Wednesday night. He’s 8-3 with a 1.95 ERA.

Kevin Brown of the Marlins was second to John Smoltz in the 1996 Cy Young race, and Dontrelle Willis was edged by Chris Carpenter in 2005. Almost every franchise in the major leagues right now has had at least one Cy Young winner and at least one MVP, but a few are still missing one of those two awards:

Diamondbacks (MVP): Arizona has won a World Series and once had five Cy Young Awards in an eight-year stretch thanks to Randy Johnson and Brandon Webb. The Diamondbacks have never had an MVP, however.

Mets (MVP): The Mets have had seven Cy Young winners but no MVPs. They’ve certainly come close to ending that drought. Tom Seaver was narrowly beaten out by Willie McCovey in the Mets’ championship season of 1969, Keith Hernandez finished second to Ryne Sandberg in 1984, and Darryl Strawberry was second to Kirk Gibson in 1988.

Rangers (Cy Young): Even when Texas won American League pennants in 2010 and 2011, the starting rotation didn’t have anyone really stand out. In terms of Baseball Reference’s wins above replacement stat, the best season by a Rangers pitcher was by Mike Minor in 2019, when he finished eighth in the Cy Young vote.

Rays (MVP): David Price and Blake Snell have won Cy Young Awards for Tampa Bay, but fittingly for a team that has a reputation for doing more with less, the Rays haven’t had an MVP.

That last single game was to make up part of a series that was put off because of the lockout.

Of the teams that have had at least one Cy Young winner, which has currently gone the longest without one?

LINE OF THE WEEK

Michael Perez homered three times for Pittsburgh in an 8-7 victory over Milwaukee on Thursday night. That came a day after Bryan Reynolds hit three home runs for the Pirates in a win over Washington that ended in the same 8-7 score.

Perez had four hits in his big game Thursday.

COMEBACK OF THE WEEK

The Cleveland Guardians went 5-3 against Minnesota last month, and they trailed in the eighth inning or later in all five of the victories. On Wednesday night, Cleveland scored four runs in the bottom of the 10th to beat the Twins 7-6. Josh Naylor hit a two-run homer with two outs to give the Guardians the victory.