Alex Jones to return to the stand in Connecticut next week 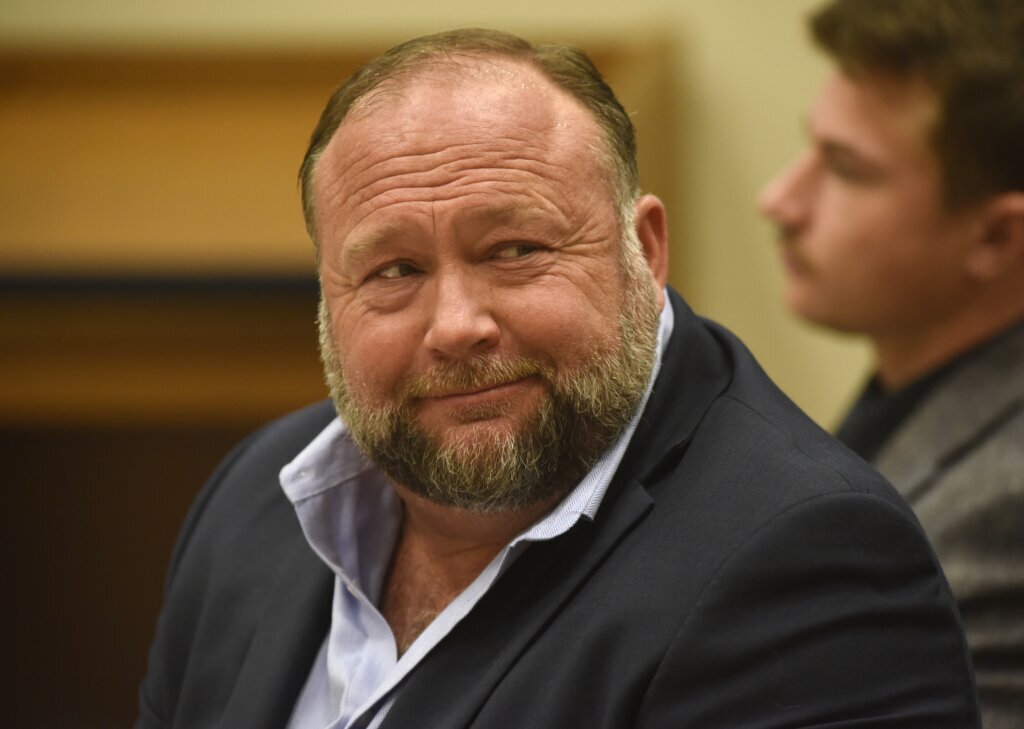 WATERBURY, Conn. (AP) — Lawyers in the defamation trial of Alex Jones agreed Friday not return him to the stand…

WATERBURY, Conn. (AP) — Lawyers in the defamation trial of Alex Jones agreed Friday not return him to the stand until next week after a contentious day of testimony Thursday about his promotion of the lie that the 2012 Sandy Hook massacre was a hoax.

Jones lawyer, Norm Pattis, told the judge he would waive his right to cross-examine Jones and instead call him again as a defense witness next week.

“We think that this will streamline the proceeding, lower the temperature level and help the jury focus on what it needs to decide,” Pattis said.

In his first day of testimony Thursday, Jones got into a heated exchange with plaintiff attorney Christopher Mattei, accusing the lawyer of “ambulance chasing” and saying he was done apologizing for claiming the shooting was staged. In recent years, Jones has acknowledged the massacre happened, but says the families of victims are being used to push a gun-control and anti-free speech agenda.

Outside of the courtroom and on his Infowars show, Jones has referred to the proceedings as a “show trial” and a “kangaroo court” and called Judge Barbara Bellis a tyrant, posting an image of her with lasers shooting from her eyes.

Jones was still complaining about the case, and the limits on what he can say, outside the courthouse Friday.

“Basically it would be like a boxing match where one guy has his arms tied behind his back and a gag in his mouth,” he said. “So this is totally rigged. It’s an absolute total fraud.”

Twenty children and six educators died in the shooting nearly a decade ago in Newtown, Connecticut. The plaintiffs in this trial, which is taking place about 20 miles (32 kilometers) away in Waterbury, include relatives of eight of the children killed and an FBI agent who responded to the massacre.

The trial was set to continue Friday with other plaintiff witnesses.

Jones was found liable last year by default for damages to plaintiffs without a trial, a consequence for what the judge called his repeated failures to turn over documents to their lawyers. The six-member jury is now deciding how much Jones and Free Speech Systems, parent of Jones’ Infowars media platforms, should pay the families for defaming them and intentionally inflicting emotional distress.

Pattis is arguing that any damages should be limited and accused the victims’ relatives of exaggerating the harm the lies caused them.

Bellis has ordered Jones not to mention in his testimony several topics, including free speech rights, the percentage of Jones’ shows that discussed Sandy Hook, and whether he profited from those shows or a similar case in Texas.

A jury in that case last month in Austin, Texas, ordered Jones to pay nearly $50 million in damages to the parents of one of the children killed in the shooting. A third trial in Texas is expected to begin near the end of the year.

Can You Really Save on Buy-One-Get-One Deals?