ANDY CARROLL is set to return to Reading, according to reports.

The former England striker spent the first half of last season with the Royals before joining West Brom in January.

He was released by Steve Bruce’s side at the end of last season, but is now set for a return to the game.

According to The Reading Chronicle, Carroll is close to re-joining the Royals and could even be in training tomorrow – with a view to being ready to play after the international break later this month.

Belgian side Club Brugge showed an interest earlier in the summer, but turned down Carroll, 33, after medical tests.

The ex-Liverpool ace was then a shock target for Wolves as Bruno Lage’s side sought an emergency option upfront. 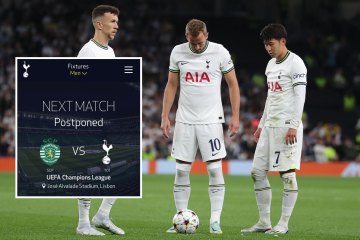 Following injuries to Sasa Kalajdzic and Raul Jimenez, the Molineux side considered a swoop for Carroll.

But when their work permit appeal was successful for Diego Costa, they opted to sign the former Chelsea ace instead.

He then netted three times in 15 outings for the Baggies as Bruce’s men missed the play-offs.

Reading have so far been this season’s surprise package in the Championship.

Widely tipped for relegation during pre-season, Paul Ince’s side find themselves third after eight games.

They beat Stoke 2-1 last time out with Lucas Joao bagging both goals.

Their trip to Watford was postponed at the weekend following the death of Her Majesty Queen Elizabeth II – but they are expected to be back in action on Wednesday when they are scheduled to host Sunderland.