ANDY RUIZ JR makes his return to the ring TONIGHT in a clash with once-feared heavyweight Luis Ortiz.

Ruiz Jr hasn’t fought since a points victory over Chris Arreola in May 2021, and has since left Canelo Alvarez’s trainer Eddy Reynoso.

The Mexican-American was dropped in his win over Arreola, and there were concerns about his ideal fighting weight in the aftermath of the fight because of the knockdown.

Ortiz is widely-known for his two fights with Deontay Wilder, who won both fights by knockout.

But Cuban Ortiz gave Wilder an incredibly tough first fight, coming close to stopping the American, before winning every round in the rematch until a 7th-round stoppage.

And since that fight, Ortiz has won both his bouts, one against Alexander Flores and the other against former world champion Charles Martin, who the 43-year-old stopped in six rounds. 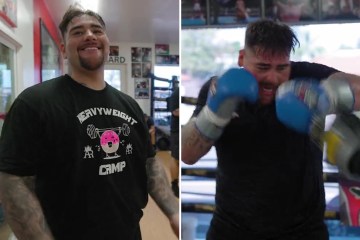 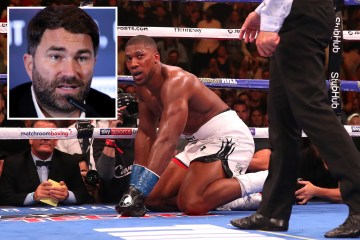 When is Ruiz Jr vs Ortiz?

What channel is it and can it be live streamed?

As well as Ruiz Jr vs Ortiz, the card will also have a brilliant lightweight clash between Isaac Cruz against Eduardo Ramirez.

And top lightweight talent Jose Valenzuela is also in action in a tough bout against Jezreel Corrales.

Ruiz Jr: “God-willing we get this victory on September 4.

“Of course if [Deontay] Wilder comes out of retirement I’d love to fight him, we’ve gone through the same work with Al Haymon and that would be the fight to make.

“But if not, then we can go through Usyk or Anthony Joshua.

“We can try to make that Joshua trilogy fight that I always wanted, but first I need to focus on Luis Ortiz, a hard-hitting guy.

“This might not go the distance, but I’m prepared to go all 12 rounds.

“We’re going to get this victory no matter what on September 4.”