Angels 1B Walsh goes on IL with thoracic outlet syndrome 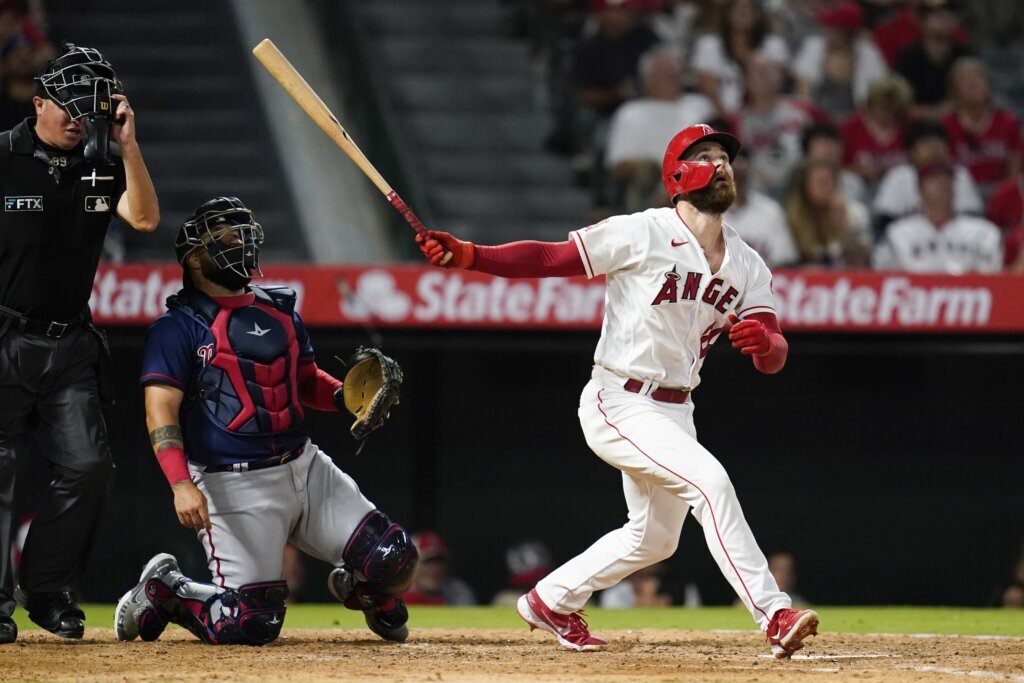 ST. PETERSBURG, Fla. (AP) — Los Angeles Angels first baseman Jared Walsh was placed on the 10-day injured list on Thursday due to thoracic outlet syndrome on his left side.

Walsh has struggled this season offensively, hitting .215 with 15 homers and 44 RBIs in 118 games.

Angels head athletic trainer Mike Frostad said before Los Angeles played at Tampa Bay that it has not been determined yet if Walsh will require surgery or could play again this season.

“We’ve been running some tests over the last couple days we’ve been here in St. Pete, and we just decided right now is the time to shut him down and see if we can’t get to the bottom of this a little more,” Frostad said. “We’re still trying to sort through some of the details. Before we came on the trip he kind of expressed some concerns to us. We’ll have more information next week.”

Outfielder Mike Trout, who returned last Friday after missing 28 games with an upper back/ribs injury, had a scheduled day off Thursday. Los Angeles played its fourth game in a stretch of seven straight on artificial turf.

Ford was in the lineup at Tampa Bay, playing first base and hitting fourth. He played in 22 games combined, with a .150 batting average and five RBIs, this season with San Francisco, Seattle and Atlanta.

Ford played for the New York Yankees when Angels interim manager Phil Nevin was a coach. He appeared in 101 games with the Yankees from 2019-21.

“Very talented with the bat,” Nevin said. “Plays a good first base. A very athletic dude. He was a two-way player at Princeton. He’ll get some looks this weekend, for sure.”

Nevin said Thaiss probably will catch a game this weekend.

Gosselin hit .098 with two RBIs in 22 games with the Angels. He threw a scoreless ninth inning, getting three outs on five pitches between 48 and 52 mph, in Tuesday night’s 11-1 loss to Tampa Bay.

The Angels will be making additional moves before Friday night’s game at Toronto because Canada prohibits visitors who aren’t vaccinated against COVID-19 from entering the country. A couple of Los Angeles players are not expected to make the trip.

Outfielder Ryan Aguilar joined the team but was not added to the active roster Thursday. He hit .280 with 15 homers and 48 RBIs in 88 games for Double-A Rocket City.