Tributes have poured in for the professional wrestler turned politician who was a pioneer of mixed martial arts in Japan.

His company confirmed his death and said: “New Japan Pro-Wrestling is deeply saddened at the passing of our founder, Antonio Inoki.

“His achievements, both in professional wrestling and the global community are without parallel and will never be forgotten.”

According to public broadcaster NHK, he died of heart failure after battling a rare disease for years.

Inoki became one of the biggest names on Japan’s pro-wrestling’s circuit in the 1960s. 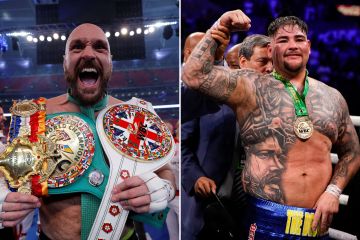 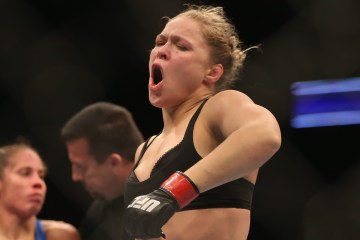 And he shot to fame in 1976 for taking on world heavyweight champion Ali in a wrestler-versus-boxer bout in Tokyo – billed as “the bout of the century”.

Atsushi Onita, another pro wrestler turned politician, said “an era has come to an end” as he paid tribute to Inoki.

“Thank you, Inoki-san. The supreme father of pro wrestling,” he wrote.

Triple H, the current chief content officer of World Wrestling Entertainment Inc, called Inoki “one of the most important figures in the history of our business, and a man who embodied the term ‘fighting spirit’.”

Inoki later entered the world of politics, winning a seat in the upper house of Japan’s parliament in 1989.

He made headlines the next year going to Iraq during the Gulf War and intervening on behalf of Japanese hostages, who were released.

Inoki lost his seat in 1995 and retired as a wrestler in 1998, but was re-elected to the upper house in 2013 as a member of another opposition party.

Having built a strong personal connection with North Korea over the years, Inoki travelled there dozens of times to help resolve the issue of Pyongyang’s abductions of Japanese citizens during the Cold War, before ending his political career in 2019.

The wrestler said he wanted to “contribute to world peace through sports” and arranged martial arts and wrestling festivals in North Korea – often meeting high-ranking officials during his visits.

THIS IS A DEVELOPING STORY…

The Sun is your go to destination for the best celebrity news, football news, real-life stories, jaw-dropping pictures and must-see video.

Jio to bring 5G to every Indian by December 2023, says Mukesh Ambani