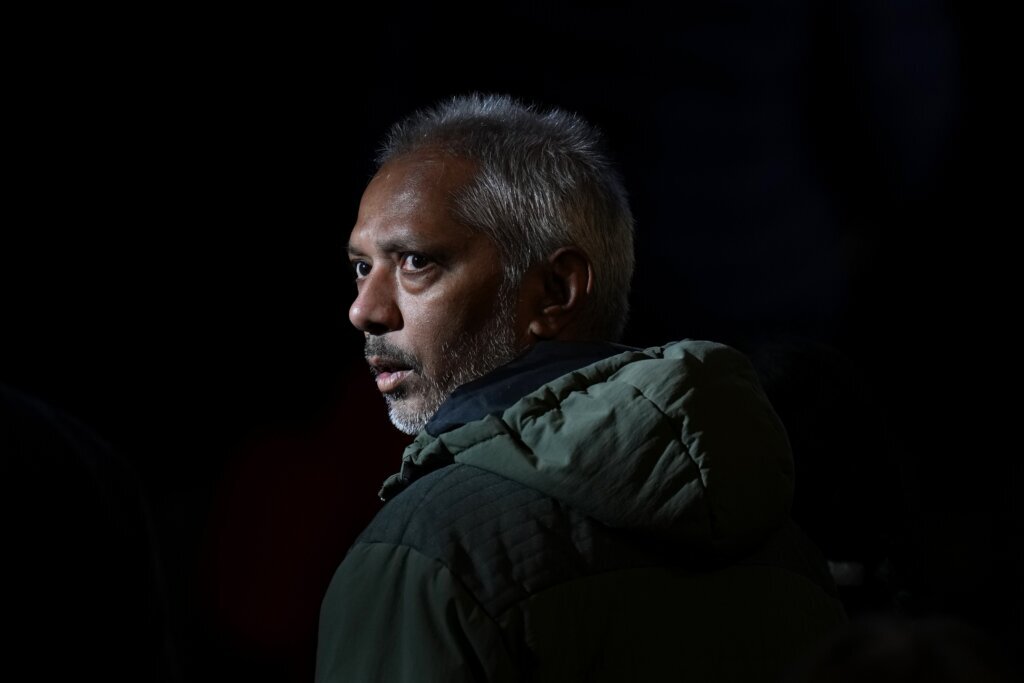 LONDON (AP) — Hundreds of thousands of people have slowly filed past Queen Elizabeth II’s coffin at Westminster Hall since her lying-in-state opened to the public in London on Sept. 14.

The mourners, who have waited for hours in a miles-long queue, stop in front of the coffin for a quiet moment of reflection. Some bow their heads or kneel down in prayer.

But quite a few pause right at the end of the 900-year-old hall at Parliament and turn around for one last look before exiting through the North Door. They stand for a few moments, some crying and others who just want a bit more time with the late monarch or to admire the stunning hammer-beam roof.

Their faces are somber and they come from all walks of life, their clothing ranging from formalwear and military uniforms to very casual attire. Some wear backpacks, while others carry plastic bags that held provisions to sustain them during their long wait in line.

Westminster Hall is remarkably silent as people walk through except for the sounds of occasional weeping, a baby cooing and the changing of the guard every 20 minutes. Long carpets have been put down along both sides of the hall so that footsteps are muffled.

Standing watch on the platform around the queen’s coffin are guardsmen in red coats and bearskin caps, members of the Household Cavalry and Yeomen Warders, famously known as Beefeaters. Just below them are police officers watching the crowd.

But there is a more discreet band making sure good order is kept and the crowd doesn’t linger too long. They are called the Doorkeepers of the Houses of Parliament. Their uniform includes a black long-tailed coat, and they stand at either end of the hall as people enter and exit.

They quietly observe the mourners as they shuffle through, and offer great latitude as some stop for a few seconds. But they must ensure the line keeps moving at a reasonable pace because tens of thousands of people are still waiting outside for their turn.

The Doorkeepers don’t utter a word. They only extend their arm at a downward angle to those near the exit turning around for that one last look as if to say: “Your time is up, please move on.”

Follow AP’s coverage of Queen Elizabeth II and other stories on the British monarch at https://apnews.com/hub/queen-elizabeth-ii