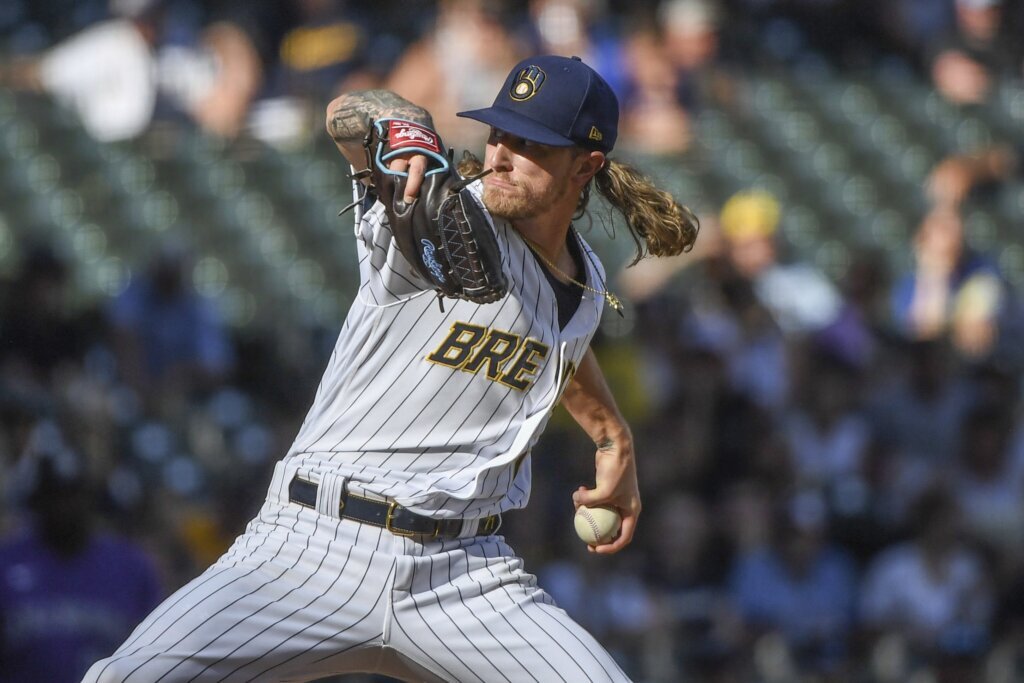 SAN DIEGO (AP) — The San Diego Padres are close to acquiring All-Star closer Josh Hader from the Milwaukee Brewers in exchange for recently benched closer Taylor Rogers and three other players, a person with knowledge of the blockbuster deal said Monday.

The person spoke to The Associated Press on condition of anonymity because the deal between NL playoff contenders hasn’t been announced.

The trade features the two big league saves leaders. Hader has 29 saves while Rogers has 28, though the Padres recently removed Rogers from the closer role after he blew consecutive saves in a series at Detroit. The Padres obtained Rogers from Minnesota on opening day.

The Brewers have a three-game lead over St. Louis in the NL Central, and the Padres have a 1 1/2-game lead over Philadelphia for the second NL wild card.