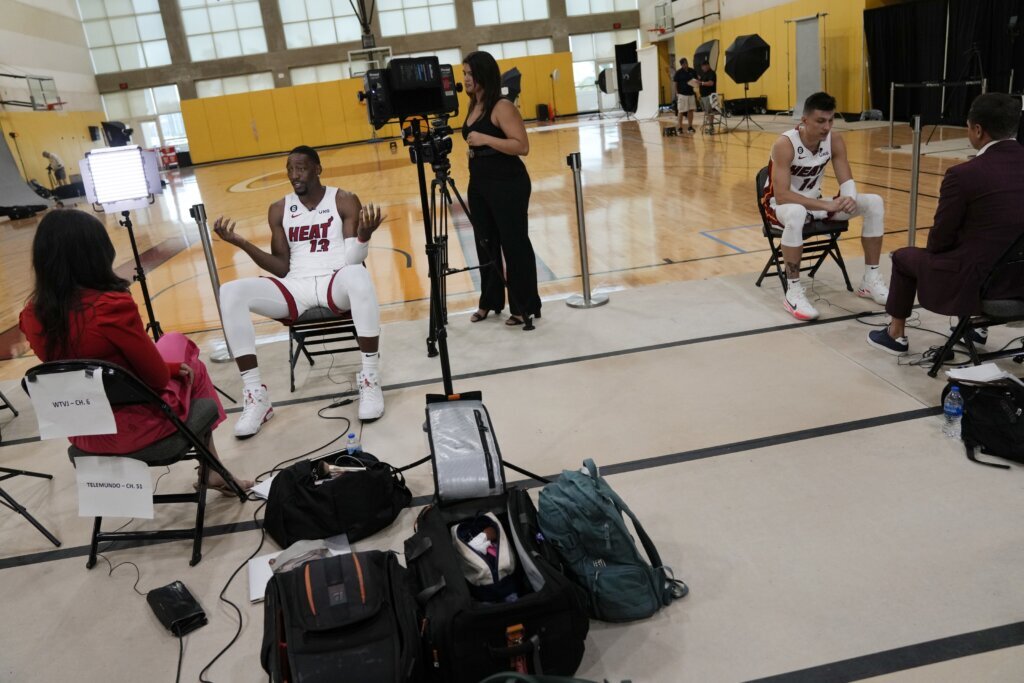 MIAMI (AP) — Tyler Herro and the Miami Heat agreed on a four-year contract extension Sunday that a person with knowledge of the details said could be worth $130 million.

The deal has $120 million in guaranteed salary and another $10 million in incentives, said the person, who spoke to The Associated Press on condition of anonymity because the financial details were not made public. ESPN first reported the agreement.

It answers the question of whether Miami would let the reigning NBA Sixth Man of the Year go into this season without an extension. And now, about two weeks before the start of the regular season, that piece of business is complete.

And the move also means Miami’s core is locked up for years. Jimmy Butler, Bam Adebayo, Kyle Lowry and now Herro all have multiple seasons on their deals with the Heat, who won 53 games last season, were the No. 1 seed for the Eastern Conference playoffs and went to Game 7 of the East finals before falling to Boston.

Herro was the overwhelming pick as the NBA’s top sixth man last season, making him the first player to win the award as a member of the Heat. He averaged 20.7 points, nearly four more per game than any other reserve in the league.

“Tyler was ignitable for this team,” Heat coach Erik Spoelstra said when the award was announced. “He was that way all season.”

Herro grew up in Wisconsin and played one year at Kentucky before getting drafted by Miami. He is entering his fourth season and could have gotten an extension for as much as five years and about $188 million. The deal begins with the 2023-24 season.