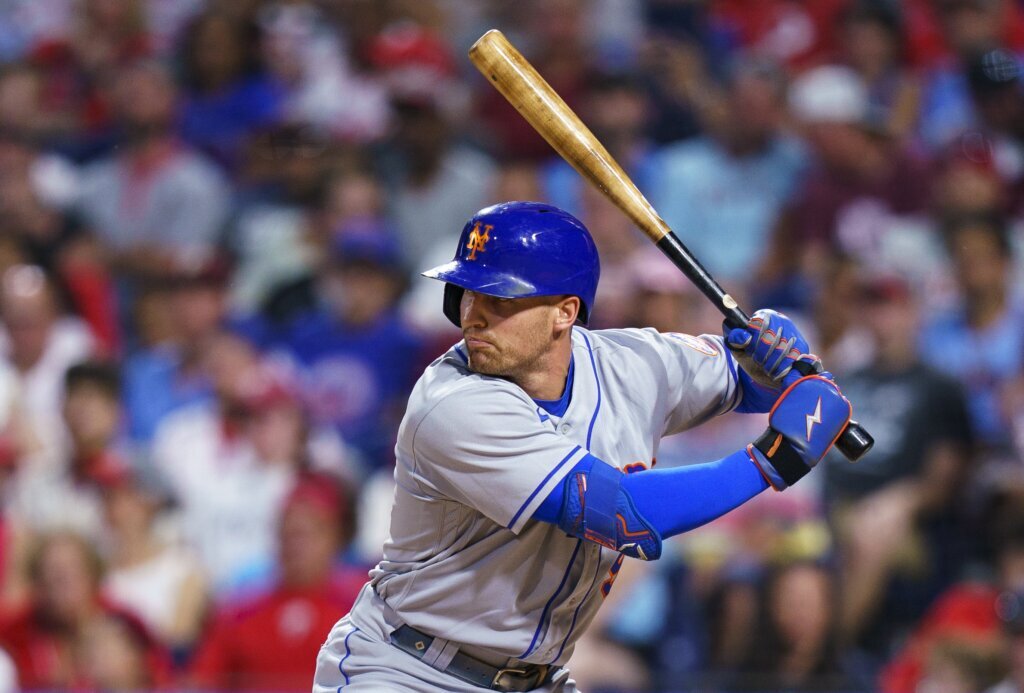 NEW YORK (AP) — Center fielder Brandon Nimmo is staying with the free-spending New York Mets, agreeing to a $162 million, eight-year contract, according to a person familiar with the deal.

The person spoke to The Associated Press on condition of anonymity Thursday night because the agreement is subject to a successful physical and no announcement had been made.

A quality leadoff hitter with an excellent eye and a .385 career on-base percentage, Nimmo became a free agent last month for the first time. He was a key performer as the Mets returned to the playoffs this year for the first time since 2016.

The left-handed hitter batted .274 with 16 homers and a team-high 102 runs, a career high. He also set career bests with 64 RBIs and 151 games played. His seven triples tied for most in the National League.

Bringing back Nimmo means New York is poised to return its entire everyday lineup intact from a team that tied for fifth in the majors in runs and won 101 regular-season games — second-most in franchise history.

But the Mets remain busy replenishing a pitching staff gutted by free agency, including Jacob deGrom’s departure for Texas and Taijuan Walker’s deal with Philadelphia that was pending a physical.

Those moves add to a payroll that was the largest in the majors last season. Under owner Steve Cohen, who bought the Mets in November 2020, New York became baseball’s biggest spender this year for the first time since 1989. The Mets’ payroll was $273.9 million as of Aug. 31, with final figures that include bonuses yet to be compiled.

Nimmo was selected by New York with the No. 13 pick in the 2011 amateur draft. He declined a $19.65 million qualifying offer from the Mets last month.

Nimmo’s new deal with the Mets was first reported by the New York Post.