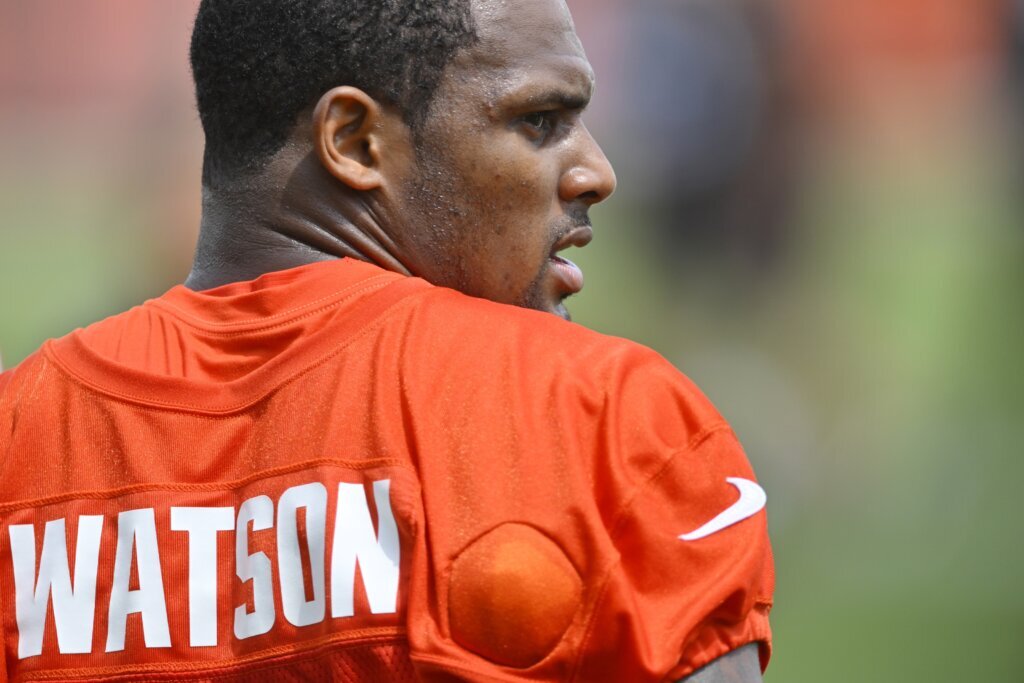 CLEVELAND (AP) — Cleveland Browns quarterback Deshaun Waston will have a hearing with NFL disciplinary officer Sue L. Robinson next week, a person familiar with the meeting told The Associated Press on Saturday.

Watson, who is facing a potential suspension from the league stemming from accusations of sexual misconduct by massage therapists in Texas, will meet with Robinson on Tuesday, said the person who spoke on condition of anonymity because details of the hearing have not been disclosed publicly.

It’s not yet know how long Watson is scheduled to meet with Robinson.

ESPN was first to report Watson’s meeting with Robinson, who was jointly appointed by the league and NFL Players Association. This is the first case the former federal judge has heard.

Earlier this week, Watson reached undisclosed financial settlements in civil lawsuits filed by 20 of his 24 accusers. The women claimed he had harassed, assaulted or touched them during sessions when he played for Houston.

Watson has denied any wrongdoing and said sex with three of the women was consensual.

The league has said Watson’s settlements will not affect its investigation. If Robinson finds Watson violated the league’s personal conduct policy, he’ll likely be suspended for multiple games if not longer.

Robinson is expected to rule before the Browns open training camp later next month.

The Browns signed Watson to a five-year, $230 million contract in March after convincing the three-time Pro Bowler to waive his no-trade clause. He had been pursued by several other teams as well.