Arlington County is latest to reduce some speed limits 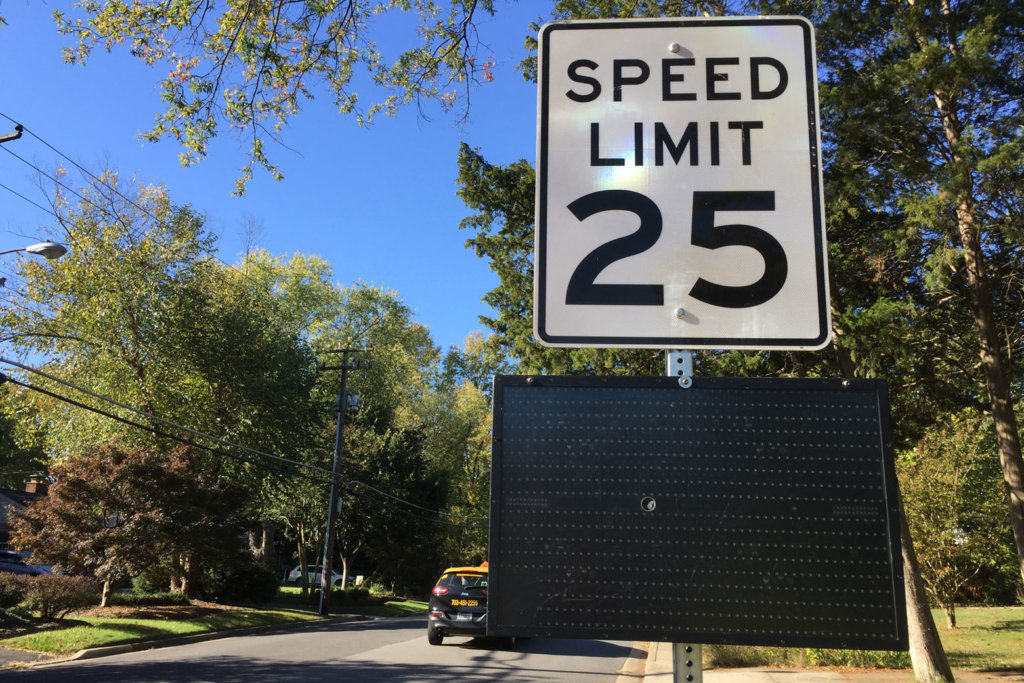 Throughout the D.C. region, agencies are reducing speed limits on some roads, and Arlington County, Virginia, is the latest to join.

On Saturday the five-member Arlington County Board unanimously voted to cut the speed limit from 30 to 25 miles per hour on Fairfax Drive, from Arlington Boulevard to North Barton Street. — an area including medium to high density residential homes and Rocky Run Park.

The Board also voted to reduce the speed limit from 35 to 25 miles per hour on 5th Road South between South Carlin Springs Road and the Fairfax County line. That stretch of road includes Carlin Springs Elementary School.

“Those are areas where our analysis … suggests to us there are opportunities for decreased speed to help reduce conflicts and accidents,” Arlington County Board Chair Katie Cristol said. “Transportation safety and our Vision Zero commitments remain a top priority,” she said.

Like almost all jurisdictions in the region, Arlington adheres to Vision Zero — the goal of zero traffic deaths.

The National Highway Traffic Safety Administration estimates that speeding is involved in roughly 29% of fatal crashes.

“We know that speed is associated with crashes — a significant percent of the time. So decreasing speed limits is one strategy of many, but one important strategy when fulfilling that vision of Vision Zero,” Cristol said.

The board’s vote also sets the stage for another vote in October in which the board would decide on proposed speed limit reductions in parts of four other Arlington County roads — Washington Boulevard, South Joyce Street, Columbia Pike and Lorcom Lane.