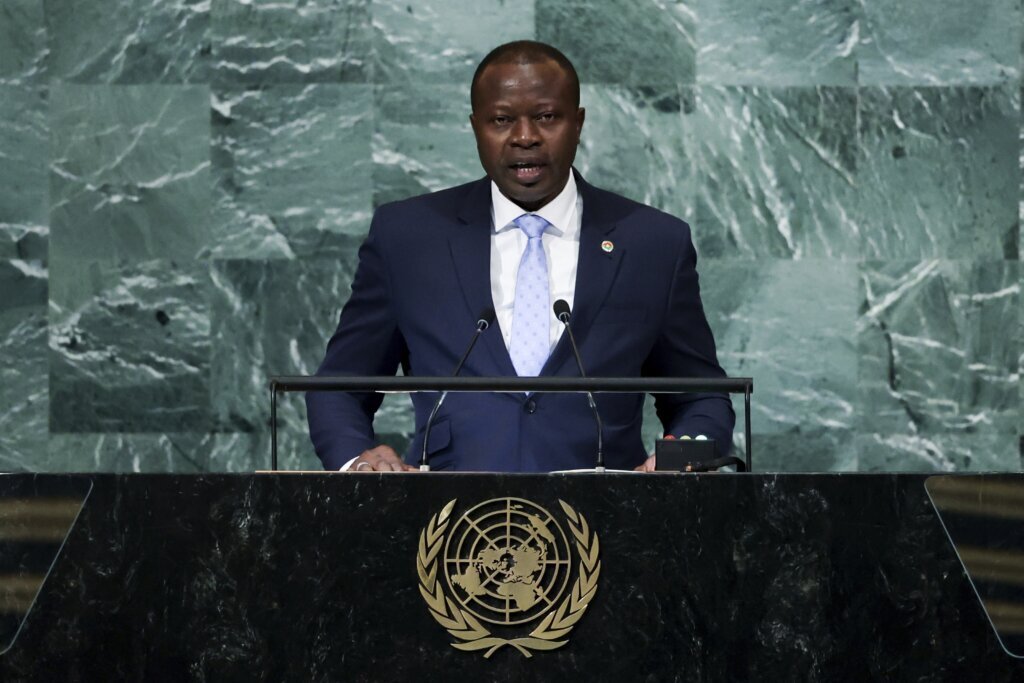 The spokesman introduced Capt. Ibrahim Traore as the new head of the volatile West African country that is battling a mounting Islamic insurgency.

Damiba and his allies overthrew the democratically elected president only nine months ago, coming to power with promises of make the country more secure. However, violence has continued unabated and frustration with his leadership has grown in recent months.

“In the face of the continuing deterioration of the security situation, we have repeatedly tried to refocus the transition on security issues,” said the statement read aloud Friday evening by the soldiers.

The soldiers promised the international community they would respect their commitments and urged Burkinabes “to go about their business in peace.”

Burkina Faso’s latest military power grab follows in the footsteps of neighboring Mali, which also saw a second coup nine months after the August 2020 overthrow of its president.

Damiba had just returned from addressing the U.N. General Assembly in New York as Burkina Faso’s head of state. Tensions, though, had been mounting for months.

“Members of the MPSR increasingly felt Damiba was isolating himself and casting aside those who helped him seize power,” Gouvy told The Associated Press.