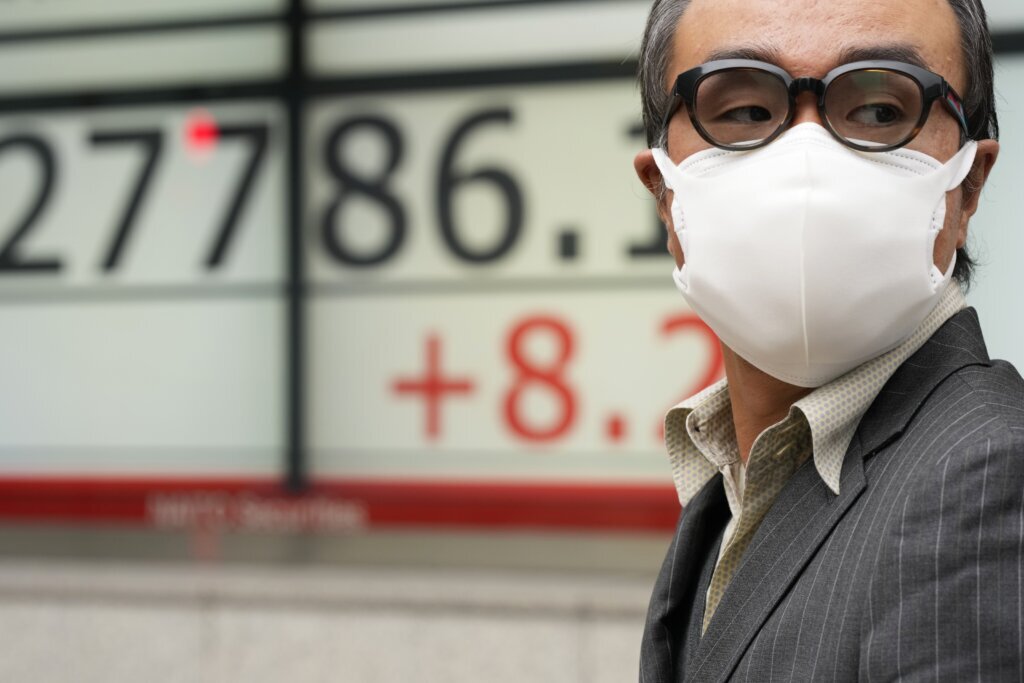 Asian shares were mostly higher and oil prices rose Monday after the European Union and the Group of Seven democracies agreed on a boycott of most Russian oil and a price cap of $60 per barrel on Russian exports.

Hopes for fewer disruptions to manufacturing and trade have risen as Chinese authorities begin lifting some of the most onerous restrictions imposed to contain outbreaks of the coronavirus, even as they say their “zero-COVID” strategy — which aims to isolate every infected person — is still in place. The curbs have included lockdowns of neighborhoods or buildings, frequent mandatory testing and shutdowns of factories and other businesses.

China recently saw several days of protests across cities including Shanghai and Beijing as public frustration with the COVID-19 curbs boiled into unrest. Some demanded Chinese President Xi Jinping step down in an extraordinary show of public dissent in a society over which the ruling Communist Party exercises near total control.

Brent crude added 94 cents to $86.51 per barrel after the OPEC oil cartel and allied producers including Russia decided Sunday not to change their targets for shipping oil to the global economy after .

On Monday, two measures aimed at hitting Russia’s oil earnings in response to its invasion of Ukraine take effect: a European Union boycott of most Russian oil and the price cap.

It was unclear how much Russian oil the two sanctions measures could remove from the global market, tightening supply and driving up prices. The world’s No. 2 oil producer has been able to reroute much, but not all, of its former Europe shipments to customers in India, China and Turkey.

Shares were mixed Friday on Wall Street, as investors fretted over inflation after a report showed U.S. wages were accelerating. That revived worries that the Federal Reserve may not be able to ease back as much as hoped on its big interest-rate hikes.

Stocks have been on the upswing for the last month on hopes inflation may have peaked, allowing the Federal Reserve to dial down rate hikes that aim to undercut inflation by slowing the economy and dragging down prices for stocks and other investments.

But Friday’s labor market report showed that wages for workers rose 5.1% last month from a year earlier. That’s an acceleration from October’s 4.9% gain and easily topped economists’ expectations for a slowdown.

Such jumps in pay are helpful to workers struggling to keep up with soaring prices for everyday necessities but they add to worries inflation may be becoming entrenched in the economy.

U.S. employers added 263,000 jobs last month. That beat economists’ forecasts for 200,000, while the unemployment rate held steady at 3.7%. Many Americans also continue to stay entirely out of the job market, with a larger percentage of people either not working or looking for work than before the pandemic, which could increase the pressure on employers to raise wages.

The strong labor market data follows up on several mixed reports on the economy, as a growing number of economists are forecasting the U.S. economy will dip into a recession next year mainly because of higher interest rates.

The nation’s manufacturing activity shrank in November for the first time in 30 months, for example, while the housing industry is struggling from higher mortgage rates. Such data points had raised hopes the Fed’s rate hikes were taking effect and would ultimately pull down inflation.