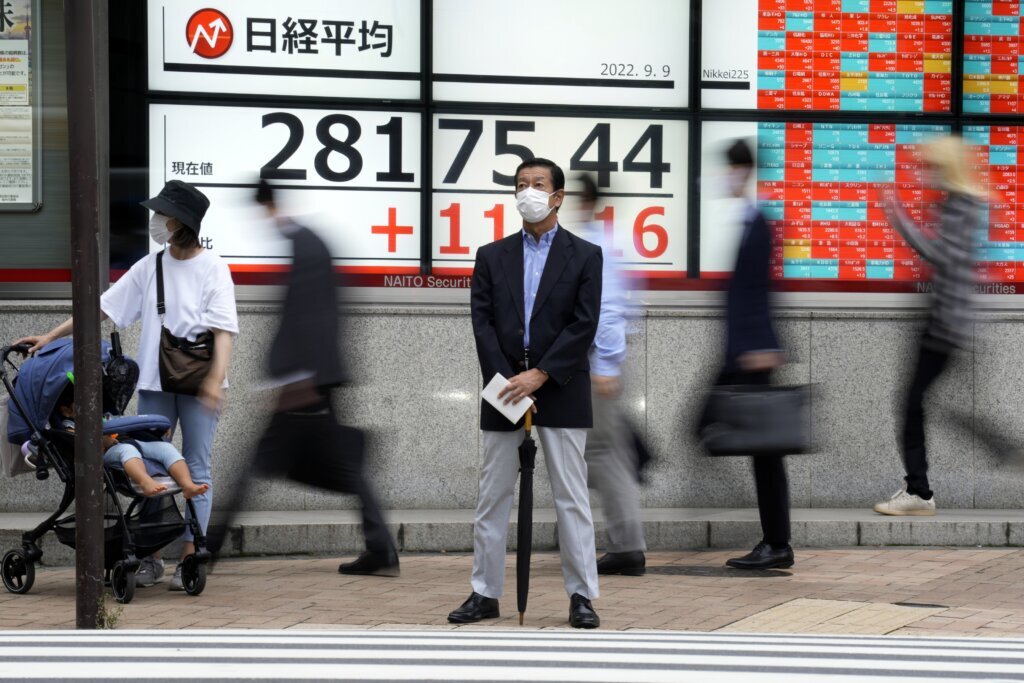 “Ongoing recovery in the risk environment could provide a positive backdrop for the Asia session to end the week, although Chinese equities still seem to be finding some difficulty in tapping on the improved environment for some relief,” said Yeap Jun Rong, market strategist at IG in Singapore.

China has been releasing a slew of economic data, with more expected next week. Interest is high because of how China’s zero-COVID policy has impacted economic activity in the world’s second-largest economy.

Investors are also eyeing interest rates, as the European Central Bank made its largest-ever rate increase to fight inflation. The move is in line with steps taken by the U.S. Federal Reserve and other central banks.

Investors also heard from Fed Chair Jerome Powell, who reaffirmed the central bank’s commitment to keep rates high as long as necessary to get inflation under control. Some market observers remain skeptical.

“Given the tremendous challenges ahead on the energy front, the war front, and with broad-based inflation already impacting people’s lives, it might be wiser to maintain rates at slightly stimulatory levels to help offset the general economic pain rather than adding to it,” said Clifford Bennett, chief economist at ACY Securities.

Stocks have been mostly losing ground in recent weeks after the Federal Reserve indicated it will not let up anytime soon on raising interest rates to bring down the highest inflation in decades. The interest rate policies of the Fed and other central banks, which also have a powerful influence on stock and bond markets, have become a major focus for investors.

On the same day the European Central Bank delivered its big rate increase, Powell told a conference on monetary policy hosted by the Cato Institute, a think tank that promotes libertarian ideas, that the Fed would keep rates high “until the job is done” in getting inflation back down to its 2% goal.

“There is a record of failed attempts to get inflation under control, which only raises the ultimate costs to society,” Powell said.

The Fed has already raised rates four times this year and markets expect it to deliver another jumbo-sized increase of three-quarters of a percentage point at its next meeting in two weeks.

Powell “sounded very resolute in the (Fed’s) mission to squelch inflation, and as a result probably gave more credence to the possibility of a 75-basis point hike at the September meeting,” Sam Stovall, chief investment strategist at CFRA, said.

“But once investors realized that he wasn’t really saying anything different than what he had said before, the markets swung back,” he said.

Bond yields rose broadly as traders weighed Powell’s remarks and the ECB’s rate hike. The two-year Treasury yield, which tends to track expectations for Fed action, rose to 3.52% from 3.44%. The yield on the 10-year Treasury, which influences interest rates on mortgages and other loans, rose to 3.32% from 3.27% late Tuesday.