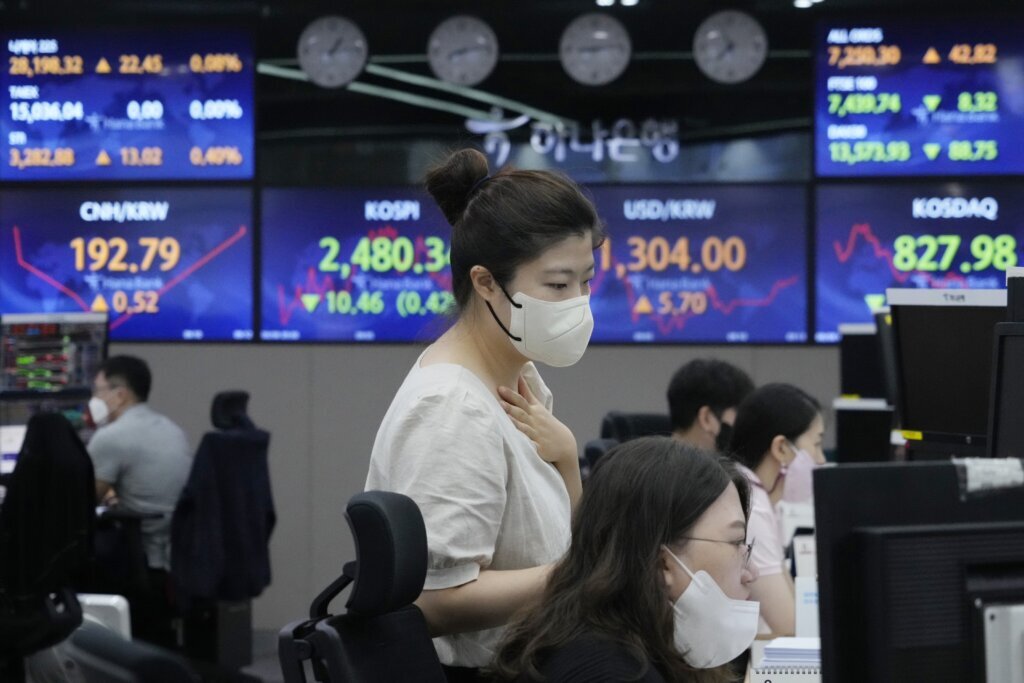 Wall Street’s benchmark S&P 500 lost 0.2% on Friday after government data showed American employers added more jobs than expected in June. That undercut expectations a slowing economy might prompt the Fed to postpone or scale back plans for more rate hikes to cool inflation.

“Now it seems they will be debating whether they need to be even more aggressive,” Edward Moya of Oanda said in a report.

Investors worry tighter policy from the Fed and central banks in Europe and Asia to cool inflation that is running at multi-decade highs might derail global economic growth.

Markets also have been rattled by Russia’s war on Ukraine, which caused a spike in prices of oil, wheat and other commodities, and by uncertainty about Chinese anti-virus curbs that have disrupted manufacturing and shipping.

Last week’s strong U.S. employment data gave ammunition to Fed officials who say the economy can tolerate higher borrowing costs to cool inflation. After Friday’s announcement, traders expect the Fed to raise its benchmark rate by 0.75 percentage points next month, up from forecasts of half a point. That would be triple the usual margin and the third such outsize hike this year.

Higher interest rates are meant to dampen inflation by cooling business activity, but that also raises the risk of recession and job losses. The latest inflation spike is unusual because forecasters blame shortages of goods due to the coronavirus pandemic, rather than rapid economic growth.

Wall Street is coming off the best month for stocks since late 2020, a rally driven mostly by what had been falling bond yields. Traders hoped the economy was slowing enough for the Fed to ease off.

In energy markets, benchmark U.S. crude advanced 16 cents to $89.17 per barrel in electronic trading on the New York Mercantile Exchange. The contract rose 47 cents to $89.01 on Friday. Brent crude, the price basis for international trading, added 18 cents to $95.10 per barrel in London. It gained 80 cents to $94.92 the previous session.