A classy brace from the WSL ace helped Carla Ward’s battlers seal a 4-3 win on a disappointing afternoon for City.

Villa fans who followed the Lionesses’ Euros heroics and are used to seeing Daly as a full-back, were given a glimpse of her deadly prowess in attack.

And the former Houston Dash striker did not disappoint with Ward’s battlers on song as they dispatched giants City.

After the match, Daly said: “I’d have been happy to take the one goal but two was obviously nicer,

“Most importantly, we got the win on our home turf and defended the lead.

“It was a stressful bit of a period when we went down 3-2 but then we came back in a big game with a big win and that’s a difficult thing to do.

“It took strength and character and resilience to come back from going down after being ahead. 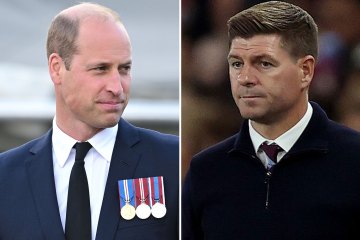 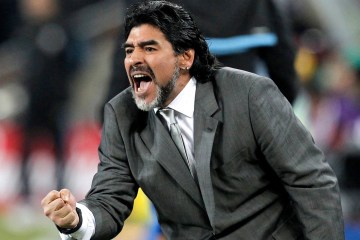 “City are a fantastic team and we knew it wasn’t going be easy.

“But we wanted to be brave, take risks and make it a difficult place for them to play.”

Before the game, Villa had lost their four previous top-tier battles with City conceding 17 goals in total.

But this time around their team – which included summer signings Daly, Kenza Dali, Danielle Turner and loan aces Kirsty Hanson and Anna Patten – brought an end to that run.

Hanson, on loan from Manchester United, proved to be a problem for their markers with her powerful drives towards the box.

The Scotland ace’s seventh-minute drive on the counter led to Mayumi Pacheco’s cross finding Daly with the forward heading the ball off target.

The deadlock was eventually broken when Alisha Lehmann, in one of her best shifts in a Villa shirt, fired the hosts in front in the 22nd minute.

Later Villa doubled their lead close to the half-hour mark with Daly curling in a superb top corner strike.

City looked to hit back with Chloe Kelly testing Hannah Hampton from distance in the 34th minute.

Laura Coombs gave the visitors hope pulling a goal back close to half-time after an error from keeper Hannah Hampton.

But Villa refused to give in with Dali latching on to a sloppy pass from Houghton and thumping in an equaliser.

And Daly wrapped up a dream debut and home win sealing her brace with a tap-in following a blistering counter.

Ward, whose Villa aces play Leicester next, said: “Rachel played as a nine at Houston.

“I’ve actually seen a bit of criticism with questions of can she play there? Absolutely she can.

“If she can do that against Manchester City, she can do it against any team in the league.”

Following the win, Ward added: “It will only be a statement victory if we can back it up.

“I said to the group at the end, I’ll give them the plaudits.

“But then I very quickly said, ‘look, you can enjoy it tonight. But Tuesday morning, we’ve got to roll the sleeves up and go again’.

This will be nothing if we don’t go and get three points next week.

“We’ve got to make sure that it’s not just one big performance. We’ve got to continue to kick on.

“We’ve got to roll our sleeves up and go again because this will be nothing if we don’t go and get three points this coming weekend.”

City, who are in transition with several new players arriving this summer, face a stiff test away against champions Chelsea this Sunday

“To come away from a game after scoring three and not take anything is frustrating.

“But this is football, and it happens, you see results like this and it’s sometimes it’s difficult to control, but we need to be better in controlling those moments.”

Joan Hodges, widow of Hall of Famer Gil, dies at 95