REAL’S return to the top of LaLiga was marred by large-scale racist chanting from Atletico fans at Vinicius Junior.

Not a single security guard intervention in those disgusting chants. Atletico have not banned their Ultras the way Florentino banned Real Madrid’s. Let’s see what action the club takes. You can’t just chalk this up as a ‘few bad apples’ and let them go on. Ban them forever.

Real joy, though, was overshadowed by “monkey” shouts from swarms of Atletico supporters before the match.

And claims hit social media of stewards doing nothing to stop the behaviour outside Atleti’s Wanda Metropolitano stadium.

Such anger over the chants lit the fuse for another fierce derby.

And Carlo Ancelotti’s men responded best, making it nine wins in nine games this season, their sixth in LaLiga. 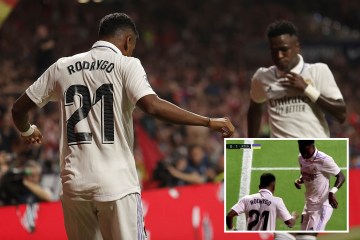 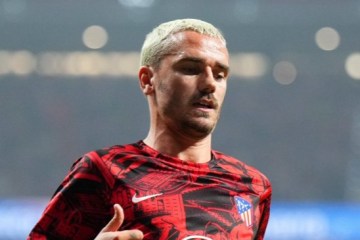 Yet Atletico menaced twice early on in this heated clash.

But Real netted brilliantly on 18 minutes from their first chance.

And Federico Valverde doubled the lead after Vinicius Jr’s shot came back off a post.

Atletico improved after the break, helped by the introduction of Spain defender Hermoso in the 72nd minute

But as the contest entered stoppage time he was booked for dissent before soon being harshly sent off for a second yellow card after he shoved Dani Ceballos.

The pre-match racism, however, left a bitter taste.

And social media was full of calls for Atletico to be punished.

One observer posted “I feel sick” and another stressed the number of offenders as he tweeted: “It’s f***ing thousands. I’m at a loss for words”.

Reds shut down Cardinals and Albert Pujols in 3-0 win