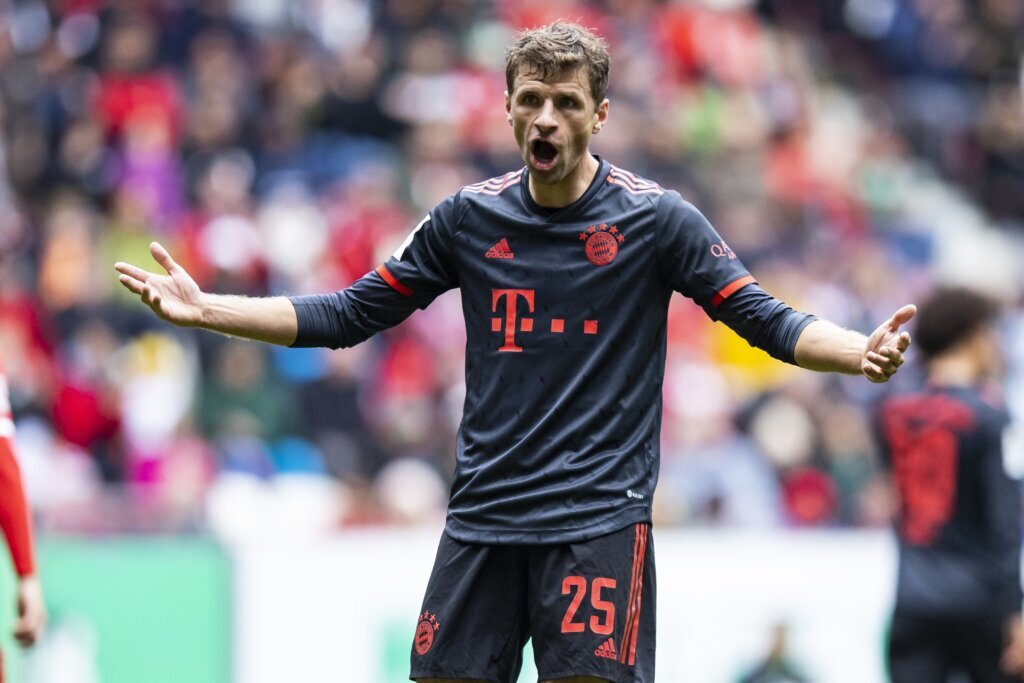 Reus was taken off on a stretcher in tears after sustaining what looks like a bad ankle injury two months before the World Cup begins in Qatar.

Bayern ended its three-game run without a win by losing for the first time this season – at a team that had lost each of its three games at home.

The Bavarian powerhouse was held scoreless for the first time in the league since Feb. 9, 2020 by Leipzig.

Augsburg goalkeeper Rafał Gikiewicz was the hero with brilliant saves to keep Bayern’s stars at bay.

Mergim Berisha stunned the visitors by scoring in the 59th minute. Brazilian defender Iago deflected the ball from a free kick into Berisha’s path and the Augsburg forward let fly to beat Manuel Neuer in the Bayern goal.

Bayern kept pushing and finished the game with Neuer up front. He headed over from a corner, then Gikiewicz produced two brilliant saves to deny his counterpart again.

Meanwhile, Dortmund had to wait till the 79th for Youssoufa Moukoko to make the breakthrough in the first Ruhr derby for two seasons following Schalke’s one-year sojourn in the second division.

Marius Wolf served a perfect cross for the Dortmund substitute to head the winner. The 17-year-old Moukoko came on for the ineffective Anthony Modeste a quarter-hour before.

Bayer Leverkusen’s frustrating start to the season continued as Werder Bremen fought back to draw 1-1, and Eintracht Frankfurt enjoyed a 3-1 win at Stuttgart with Japan midfielder Daichi Kamada setting up all three goals.