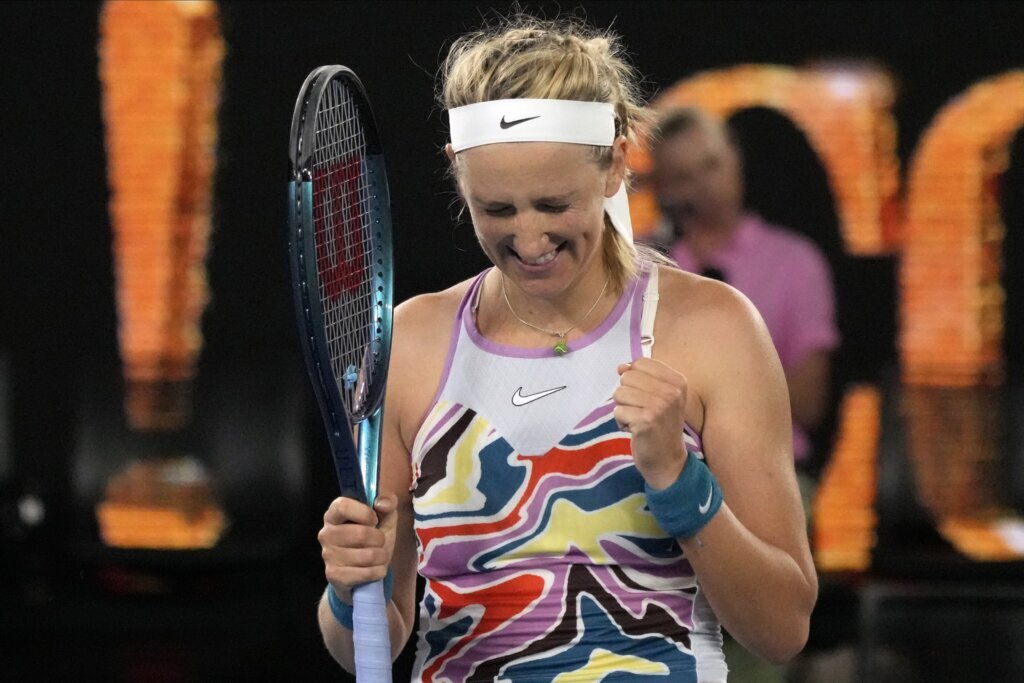 Victoria Azarenka continues her quest for a third Australian Open title a decade after her last championship at Melbourne Park when she plays Wimbledon champion Elena Rybakina in one of two night women’s semifinals. Unseeded Magda Linette plays No. 5-seeded Aryna Sabalenka in the other. The now 33-year-old Azarenka won the 2012 and 2013 titles in Australia but she has not been back to the final four since. Azarenka has beaten three Americans — 2020 Australian champion Sofia Kenin, Madison Keys and No. 3-seeded Jessica Pegula — en route to her first semifinal appearance in a Grand Slam tournament since the 2020 U.S. Open. Rybakina’s wins this year include last year’s finalist Danielle Collins and No. 1-ranked Iga Swiatek. Rybakina beat Azarenka in straight sets in the third round of last year’s Indian Wells tournament in their only previous meeting. Sabalenka has beaten Linette in both previous matches they’ve played, including the Tokyo Olympics in 2021.

Partly cloudy with a high of 70 degrees Fahrenheit (21 degrees Celsius).

29: number of previous Grand Slam tournaments Linette had played without advancing past the third round in singles.

“All through my life I’ve been taking mistakes and losses very personally, so I had to disconnect those two things. It was really difficult, because I felt a lot of times that the misses, the mistakes, were defining me.” Linette on her continuing ”emotional management“ to deal with her life issues on and off the court.

Jake Roberts Discusses His Problems With The Kliq

White Card in Football: First ever white card shown in a football match: What does it mean?