GERARD PIQUE could see his Barcelona contract terminated at the end of the season, according to reports.

Last month, the 35-year-old Spaniard took a pay cut in order to help the club sign SEVEN players who they were struggling to register.

This was because of Barcelona’s financial crisis.

Pique was more than willing to help, but LaLiga insisted he would not be allowed to play for free – meaning the Catalan giants had to settle for simply cutting his pay.

Back in July, it was reported that manager Xavi told his former team-mate Pique that it would be best for him to leave.

That never materialised, but now reports are claiming that he could be shown the exit door at the end of the campaign. 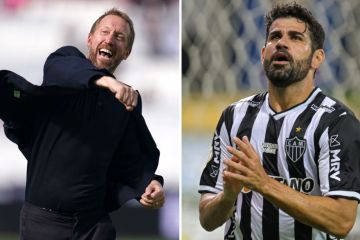 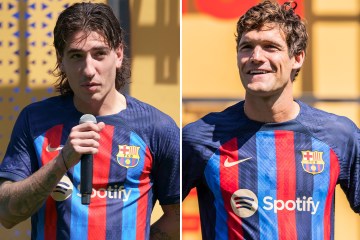 According to Sport, if Pique does not play more than 35 per cent of Barcelona’s matches then they will be able to terminate his contract in the summer.

The eight-time Spanish champion and three-time Champions League winner has a deal which runs until 2024 at the Nou Camp.

But that will supposedly end 12 months earlier if his game time is kept to a minimum up until the end of the season.

Pique has played more than 600 times for Barcelona, winning a remarkable 30 trophies during his time there.

But he is now well down the pecking order of centre-backs in the Catalans squad.

Jules Kounde, Ronald Araujo, Andreas Christensen and Eric Garcia are all ahead of him in Xavi’s side.

Barca have started the campaign in fine form, winning four out of five matches and scoring 16 goals.

But Pique has played a total of just 45 minutes – which came in the first half of their Champions League opener against Viktoria Plzen.

He was replaced by Sergi Roberto at half-time.