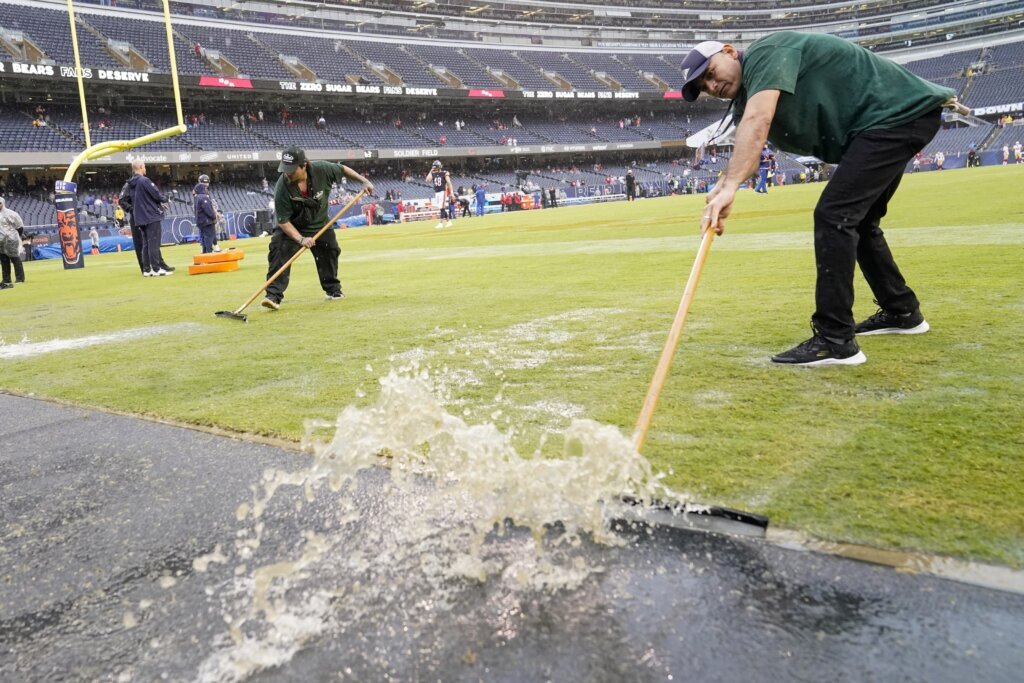 CHICAGO (AP) — The Chicago Bears were hung out to dry by their own towel during their season opener against the San Francisco 49ers on Sunday.

Trenton Gill was whistled for unsportsmanlike conduct after the rookie holder used a towel to dry off a small area of the field ahead of a potential field goal try late in the second quarter. The 15-yard penalty moved Chicago out of Cairo Santos’ range, leading to Gill’s punt.

It rained for much of Sunday morning in Chicago, soaking Soldier Field. There were splashes of water almost every time a player went to the turf.

Facing fourth-and-6 at the San Francisco 29 in the final minute of the first half, first-year Bears coach Matt Eberflus sent Santos and Gill out for the field goal.

Gill used a towel to pat down the area where the kick would be attempted, and Santos also stepped on the towel and used it to dry a different spot. Gill then cast the towel aside.

That’s when the flag hit the field.

“Unsportsmanlike conduct. Chicago, No. 16. Brought a towel out on the field during the dead-ball period to wipe the field down,” referee Clay Martin announced, making a wiping motion with his left arm. “By rule, that’s illegal.”