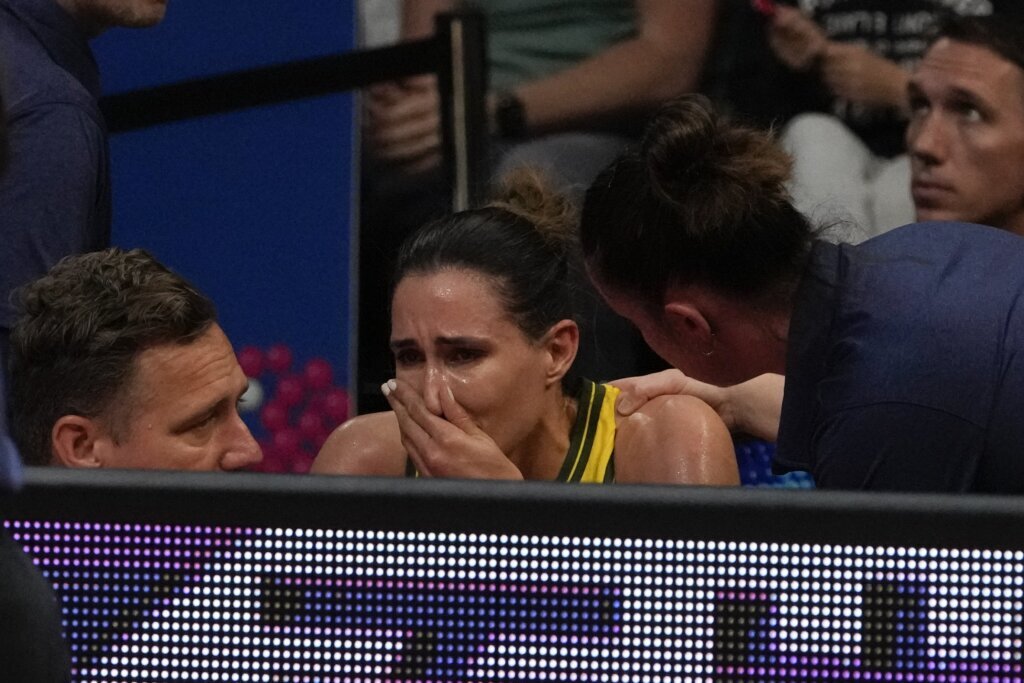 SYDNEY (AP) — Bec Allen was instrumental in Australia’s 69-54 win over Serbia scoring 16 points on Sunday in the World Cup.

But her status for the rest of the tournament is in question after getting hurt in the fourth quarter.

Allen was diving for a loose ball in front of the Australia bench when she took a knee to her midsection. She was down on the court for a few minutes before she was helped off by team trainers. She was later taken in a wheelchair to the back with about 20 seconds left in the game.

“We’ll have to wait for the doctor and see,” Australia coach Sandy Brondello said. “It would be really unfortunate as she’s played really well for us and she’s a key member of our team.”

Australia (2-1) avenged a loss to Serbia earlier in the year in a World Cup qualifier.

In other games on Sunday, France beat Mali 74-59 and Canada played Japan later that night.

The Opals jumped out to a 18-10 lead after one quarter which delighted the pro-Australian crowd of 9,329 fans. Lauren Jackson scored five points in the period and the team played stellar defense, forcing Serbia into four shotclock violations.

Australia still led by eight at the half and started to pull away in the third quarter. Sami Whitcomb, who added 10 points, had to briefly leave the game in the third quarter when she took a shot to the bridge of her nose, opening up a cut. She sat out for a few minutes while medics stopped the bleeding before returning.

Serbia never really threatened the rest of the way.

Mali (0-3) was able to get within 65-57 midway through the fourth quarter before Williams found Sarah Michel for a 3-pointer and France led by double-digits the rest of the way. Williams also had seven rebounds and six assists.