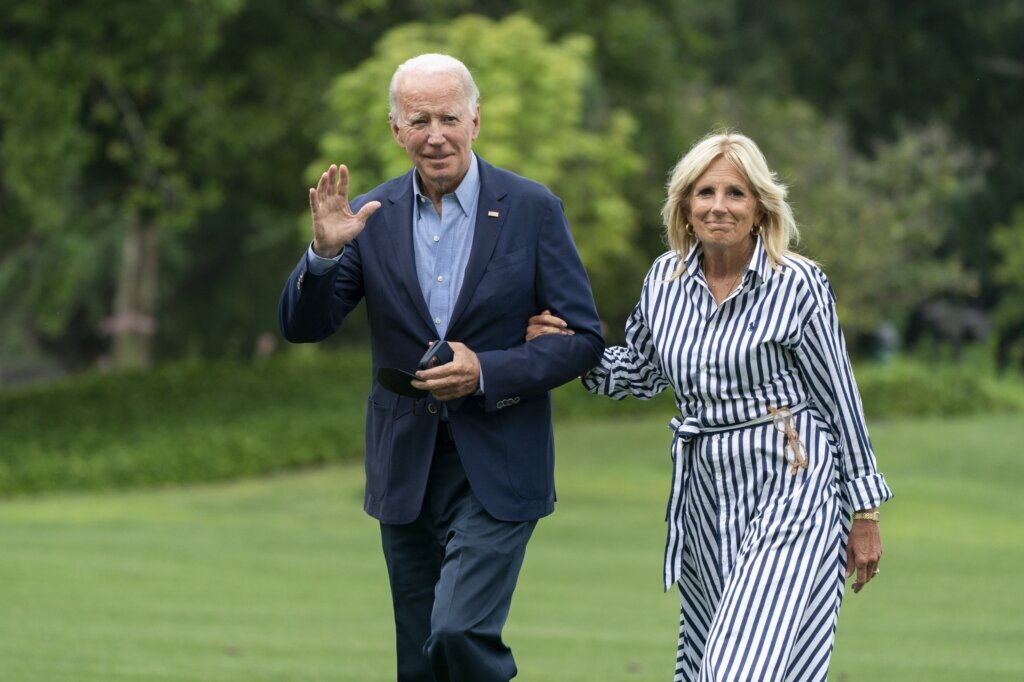 Flanked by scores of lawmakers, union officials, local politicians and business leaders, Biden feted the legislation, a core part of his economic agenda that will incentivize investments in the American semiconductor industry in an effort to ease U.S. reliance on overseas supply chains for critical, cutting-edge goods.

“The future of the chip industry is going to be made in America,” Biden said in a sweltering Rose Garden ceremony Tuesday, referring to the diminutive devices that power everything from smartphones to computers to automobiles. The legislation sets aside $52 billion specifically to bolster the U.S. computer chip sector.

The bill has been more than a year in the making, but finally cleared both chambers of Congress late last month with significant bipartisan margins. The Senate passed it 64-33, with 17 GOP senators supporting it, while the House quickly followed suit with a 243-187 vote that included 24 House Republicans in favor, even though party leaders began urging their ranks to vote against it after Democrats advanced a separate sweeping bill focused on climate and health care.

The White House sought Tuesday to begin selling the immediate impacts of the semiconductor measure, noting that Micron, a leading U.S. chip manufacturer, will announce a $40 billion plan to boost domestic production of memory chips, while Qualcomm and GlobalFoundries will unveil a $4.2 billion expansion of an upstate New York chip plant.

The administration has also repeatedly portrayed this legislation as a critical component in countering the influence of a rising China and ensure the U.S. can maintain a competitive edge against Beijing, particularly in semiconductor manufacturing. Administration officials have held multiple briefings for lawmakers to sketch out the national security implications of this bill, and Biden noted during his remarks Tuesday that the Chinese government had lobbied U.S. businesses against the legislation.

“The CHIPS and Science Act is going to inspire a whole new generation of Americans to answer that question: What next?” Biden said Tuesday during the signing ceremony. “Decades from now, people will look back at this week and all we passed and all we moved on, that we met the moment at this inflection point in history.”

Tuesday’s ceremony is one of several public events Biden has scheduled since recovering from COVID-19, including a visit to flood-ravaged Kentucky on Monday and another signing event on Wednesday for legislation aiding veterans who have suffered from toxic burn pits. But Biden appeared to be dealing with some residual symptoms, coughing heavily several times during his remarks and apologizing at one point for doing so.

The Power of Sports Fiction (and the Importance of Being Impeccable)