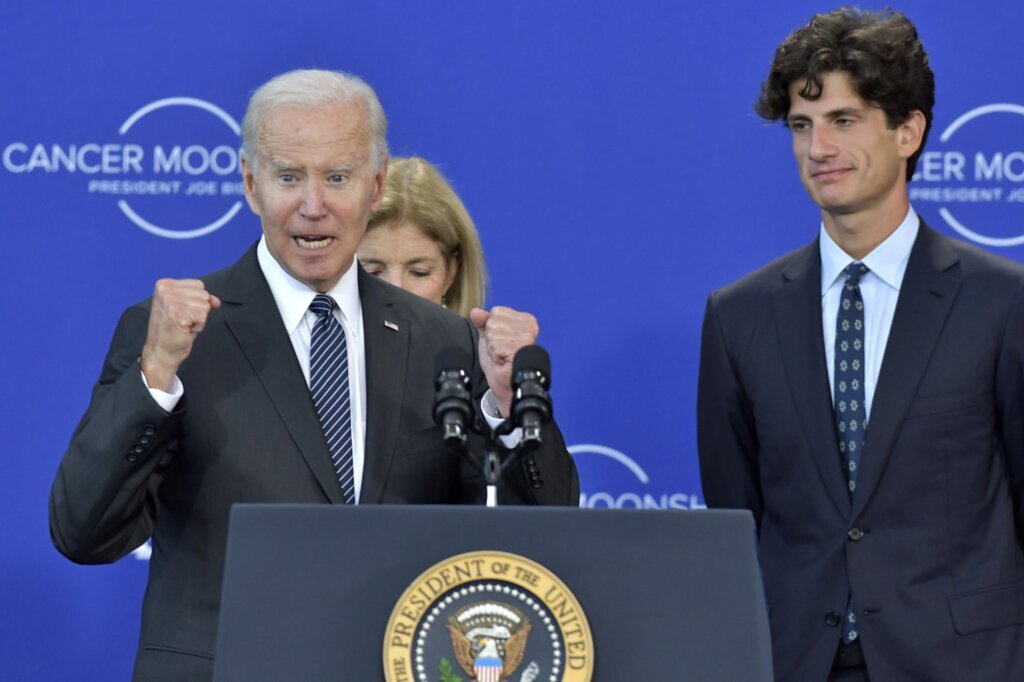 WASHINGTON (AP) — Biden gathered a crowd of thousands at the White House Tuesday to celebrate last month’s passage of the Inflation Reduction Act, even as a new government report showed how hard it could be to bring surging prices down near prepandemic levels.

Despite its name, the law’s impact on inflation is expected to be modest at best.

Tuesday’s economic report — inflation at 8.1 percent year-to-year, though just 0.1%. from July to August — was a harsh reminder of how difficult it might be to hit the Federal Reserve’s inflation target of 2% a year. Even as gasoline costs have waned since June, the price of housing and food remain especially high in a way that suggests further Fed rate hikes and more economic pain to bring down prices.

The legislation, which passed with only Democratic votes in Congress, also included the most substantial federal investment in history to fight climate change — some $375 billion over a decade — and will cap prescription drug costs at $2,000 out-of-pocket annually for Medicare recipients. It also would help an estimated 13 million Americans pay for health care insurance by extending subsidies provided during the coronavirus pandemic. The measure is paid for by new taxes on large companies and stepped-up IRS enforcement on wealthy individuals and entities.

Biden in his remarks was to criticize Republicans for voting against the measure, contending they voted against a bill that would lower prices, the White House said.

The law may help lower prescription drug prices, but outside analyses suggest it will do little to immediately bring down overall inflation. Last month, the nonpartisan Congressional Budget Office judged it would have a “negligible” effect on prices through 2023. The University of Pennsylvania’s Penn Wharton Budget Model went even further to say “the impact on inflation is statistically indistinguishable from zero” over the next decade.

In theory, the law could reduce inflationary pressures because it would lower annual budget deficits by $300 billion over 10 years.

But by partially forgiving student debt and changing the repayment structure in an August executive order, Biden likely has wiped out those deficit savings, according to the Committee for a Responsible Federal Budget. An analysis by the fiscal watchdog estimates that the president’s executive order on student debt would cost roughly $500 billion over 10 years, “completely eliminating any disinflationary benefit.”

Still, voters are especially sensitive to gasoline, which declined 10.6% in August. The Biden administration has repeatedly cited relief at the pump as gas costs have fallen since June —when average U.S. prices crested above $5 a gallon. AAA estimates that gas prices nationwide averaged $3.71 a gallon on Tuesday.