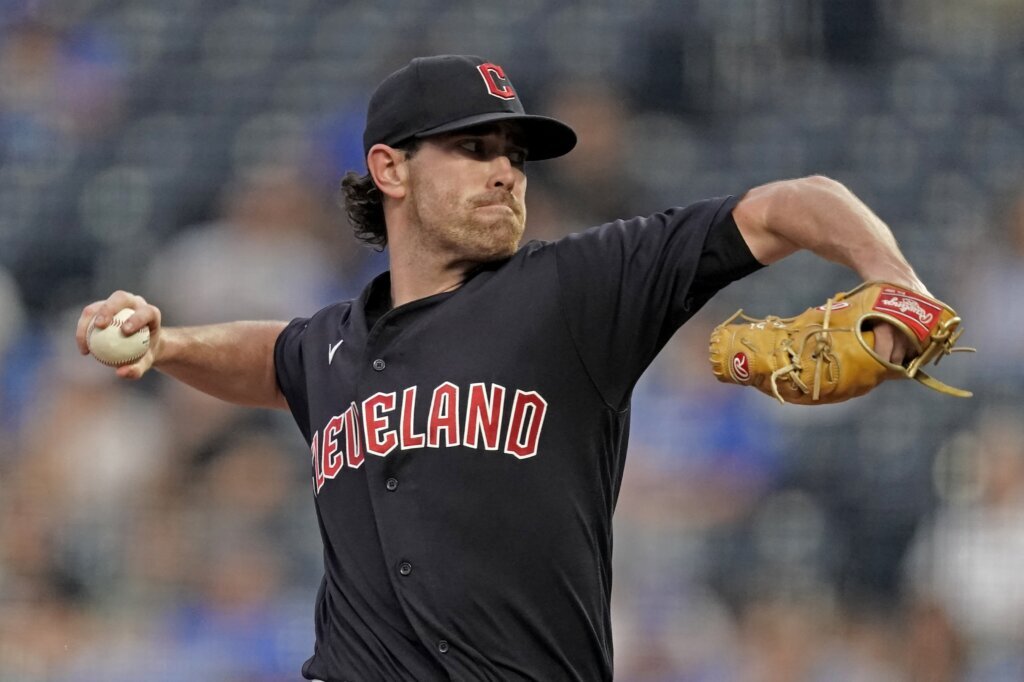 Bieber (9-8) allowed one run and four hits. He struck out seven and walked one.

The Guardians moved 1 1/2 games of Minnesota, which was rained out and will play a doubleheader Wednesday at the New York Yankees.

The Royals lost their 82nd game, meaning they’ll have a losing record for the sixth straight season.

Salvador Perez hit his 20th home run for Kansas City, the sixth year he’s reached the mark. He is tied with Mike Sweeney on the team list for the second-most seasons with at least 20 — George Brett holds the franchise record with eight.

James Karinchak pitched the ninth for his first save.

Ramírez hit a bases-loaded, two-run single in the third for a 2-0 lead. He has 108 RBIs this season.

Myles Straw’s RBI single in the seventh extended the Guardians’ lead. Cleveland added another run on a single by Owen Miller in the eighth.

Royals: RHP Zack Greinke, on the injured list with right forearm tightness, will start Wednesday’s series finale. … 1B/DH Vinnie Pasquantino is nearing the end of his rehab assignment in Triple-A Omaha. “We’re hearing good things,” manager Mike Matheny said before the game. “He wants to be back here and we want him back here. We’re trying to make sure everything’s good.”

PAK vs AFG Weather Forecast And Pitch Report Of Dubai International Cricket Stadium, Super 4, Match 4 (A2 vs B2)