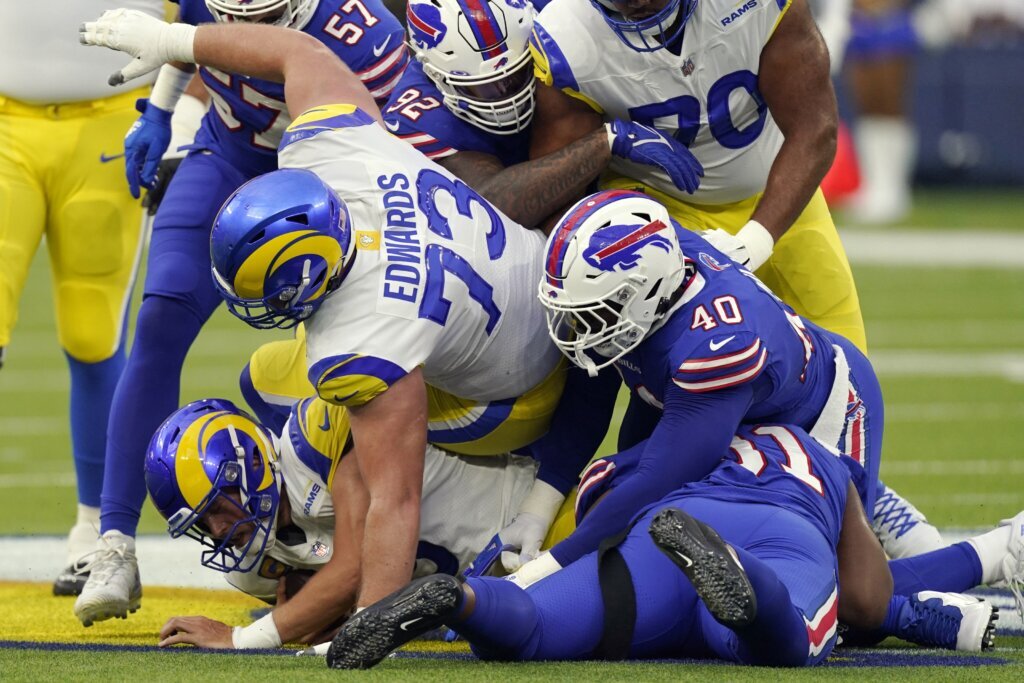 Coach Sean McDermott didn’t rule out either of the players: “We’ll see how it goes with those two.”

Oliver has been sidelined since hurting his ankle in a season-opening 31-10 win over the Los Angeles Rams on Sept. 8 in which he started and played 17 snaps. Settle hasn’t practiced this week due to a calf injury. He played 28 snaps against the Rams.

Buffalo only has four defensive tackles on its active roster and could be forced to promote Brandin Bryan and C.J. Brewer from its practice squad. The Bills retooled defensive front limited the Rams to 52 yards rushing.

On the bright side for Buffalo, starting cornerback Dane Jackson practiced after missing the past two sessions with a knee injury sustained in practice Tuesday.