I DO not mind that Boris Johnson missed the closing ceremony of the running and jumping competition that has been going on in Birmingham for what feels like the last two years.

The man is entitled to go on a honeymoon.

I don’t even mind that he went to Slovenia, which is one of those countries no one could place on a map with any great certainty. I was there myself last month and it’s extremely pretty.

But I do mind that he went to something called a wellness spa.

Because this suggests that he’s mad.

The hotel in question promises to “harmonise your rhythm with your inner balance”, which, having seen that leaked footage of Boris dancing at his wedding reception, is something he plainly needs. 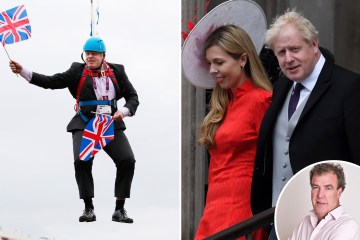 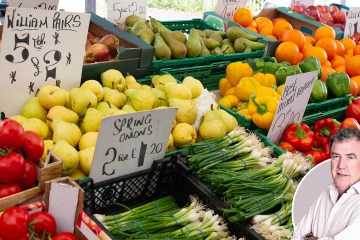 But it goes on to say that four centuries ago the locals discovered “four energy points with a soothing and therapeutic effect” in the hotel’s back yard.

That’s claptrap. And as Boris is a history buff, he has to know that it’s claptrap too.

Four centuries ago, Slovenia was caught up in the Ottoman-Habsburg wars.

Entire towns were being flattened. Thousands were being killed. And to make everything worse, there were countless peasant uprisings as well.

So we can be fairly sure that no one was standing around in their back yard getting therapy from an energy point.

It’d be like standing around in Eastern Ukraine today looking for holistic reiki ley lines.

So if you opt to eat nothing all day except for a glass of revolting green juice, the bill will be £4,000. And only a fool would think that this makes sense.

Then, in the corridors, all you encounter are wet idiots in sliders and dressing gowns, mooching from an appointment with the tantric massage girl to the colonic doctor who’s going to put half a pound of kale up their bottoms.

Drinking alcohol is frowned upon. So is wifi. And so, and I know this because I tried it once, is “bombing” off the top board at the swimming pool.

Which, obviously, is unheated.

Yup. I have actually been to a wellness place, in Switzerland. It was all lettuce and environmentalism and hug-a-badger new age nonsense.

But I was there for work. Boris, on the other hand, was there for fun.
He could have gone to Ibiza and bombed around on a jet-ski with a lager and a kebab, but he chose not to.

And that shows us the man cannot be right in the head.

So what of Liz Truss, the woman likely to succeed him in Downing Street?

Well, to try to win the hearts and minds of the 600 old ladies in Bournemouth who will soon decide her fate in the forth-coming leadership election, she decided, apparently, to not have a holiday at all.

Which is even more mad than spending a week in Slovenia with a tube up your arse.

A few roam the truth

VARIOUS ramblers dressed as sheep teamed up with some Morris dancers and rocked up in a Conservative peer’s garden this week to sing Kumbaya and, for some reason, to walk around on stilts.

They say that only eight per cent of the British countryside is open to the public and they want the right to roam over more of it.

Hmmm. I’ve done some maths and it turns out that eight per cent of the British countryside is around 6.5MILLION acres. CHECK WITH CLARKY!!!

Which sounds like quite a lot to me. Wanting more is just plain greedy.

PROSECUTORS in England and Wales have been told to get medieval on the bottoms of anyone caught taking upskirt photos.

Like me, they probably always thought that upskirting is a rare crime and that only a handful of weirdo perverts do it. But according to recent research, 70 per cent of women say they’ve been sexually harassed in some way while on the streets.

The problem is, however, that 95 per cent of the victims do not report the incident to the police. Which begs an important question.

How can the perpetrator be caught if no one knows he’s done it? And how can the prosecutors prosecute him when he’s still out there, on his hands and knees with an iPhone?

It seems to me that what we really need is a campaign to urge more victims to come forward.

A MOTORIST who has been charged with causing the death by careless driving of a baby in a pram will tell a court that in her defence she was insane at the time.

Will this work? We shall find out, as the trial is ongoing.

But already I’m planning on using it as an excuse for forgetting to do various household chores.

“Sorry I didn’t unload the dishwasher, darling. I was suffering from insanity.”

It’s all a pipe dream

WATER companies have been in the firing line all week because, it’s said, that between them they are losing 2.4BILLION litres of water every day through leaks.

That’s a quarter of the entire supply.

To be fair, however, they are not losing it.

It’s simply leaking out of their badly maintained pipes and soaking into the ground.

From which it will emerge in about 15,000 years, as Perrier water.

This is what we have to remember with water. It’s said that every drop you drink in London these days will have passed through the bodies of six other people before it gets to you.

But that’s rubbish. We have exactly the same amount of water on Earth as we had when the Earth was formed.

That being said, it wouldn’t hurt if the water companies built a few more reservoirs and installed pipes that didn’t snap every five minutes.

AS a (trainee) farmer, I know I’m supposed to moan about the weather.

But this week, while carting the wheat from the back of a combine to a barn in the yard, I pulled over at the little outdoor restaurant I have in one of my fields.

Everything on the pizza I ordered was from my farm. Even the flour that made the dough. And so was the barley in my small glass of beer.

And as I sat there in the warm evening sunshine, after a hot and dusty day in the tractor, I couldn’t help thinking that life simply could not be better.

I know an economic hurricane is coming and we are all in for a gruesome winter.

So I think it’s important, when you do have a happy moment this summer, to take a moment and savour it.

ALL week, people have been talking about how great Olivia Newton-John was in Grease and how she had the voice of an angel and so on.

But for me, peak Olivia was reached with the video for her hit song Physical.

When I first saw it, I fainted and didn’t come round for about a year.

She was my No1 teenage crush.

And as a result, I’m sad to hear she’s died.