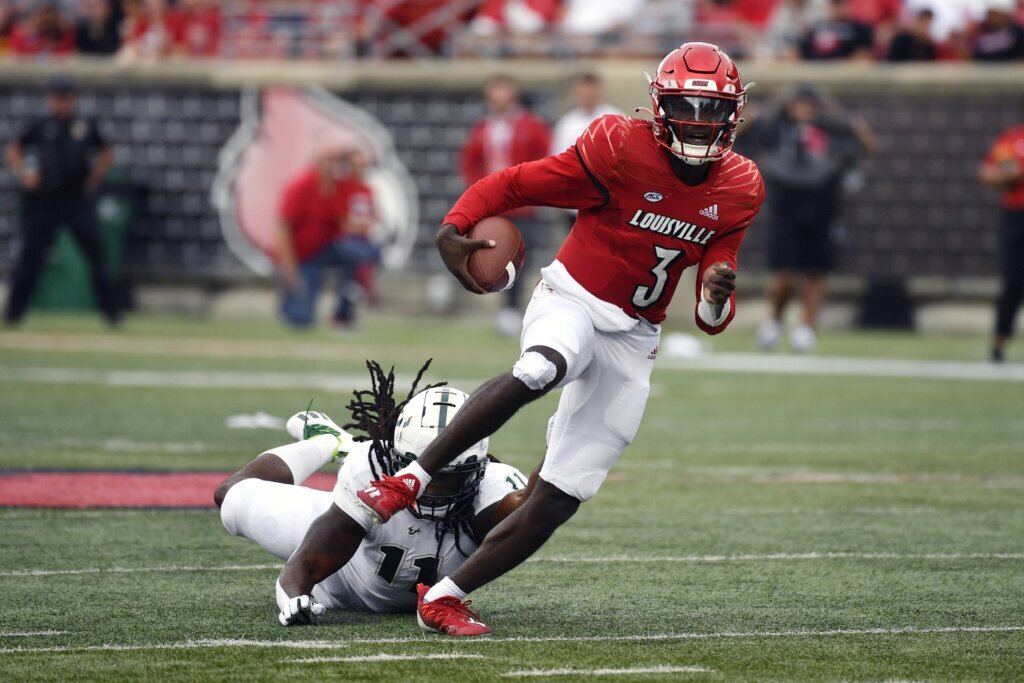 Line: Louisville by 15 1/2, according to FanDuel Sportsbook.

Boston College offensive line vs. Louisville pass rush. With five new starters protecting him, BC QB Phil Jurkovec has been sacked 14 times in four games. The Cardinals pass rush has 13 sacks to tie for 13th in the Bowl Subdivision. DE YaYa Diaby has a team-high four sacks and is averaging 1.5 tackles for loss. Both totals put him in the top 20 nationally.

Boston College WR Zay Flowers. After catching two touchdown passes in the season opener against Rutgers, Flowers caught just one TD in the next three games. In all, he has 29 catches for 330 yards for a career-low 11.4 yards per catch.

BC has won three of the last five matchups. … BC has held both its Power Five opponents to under 160 yards passing. The Eagles are 30th in the country and third in the ACC at 179.7 passing yards allowed per game. … Jurkovec has completed passes to at least six different receivers in each game. … Cunningham accounted for 299 yards against USF and became the eighth quarterback in NCAA history to exceed 8,000 yards passing and 3,000 yards rushing. He is within six rushing scores of tying Lamar Jackson (50). … The Cardinals committed just five penalties for 59 yards a week after being flagged 11 times for 81 yards. … The Cardinals recorded their fifth 500-yard game offensively under Scott Satterfield.