Braves pitcher Ian Anderson will be sent down to Triple-A 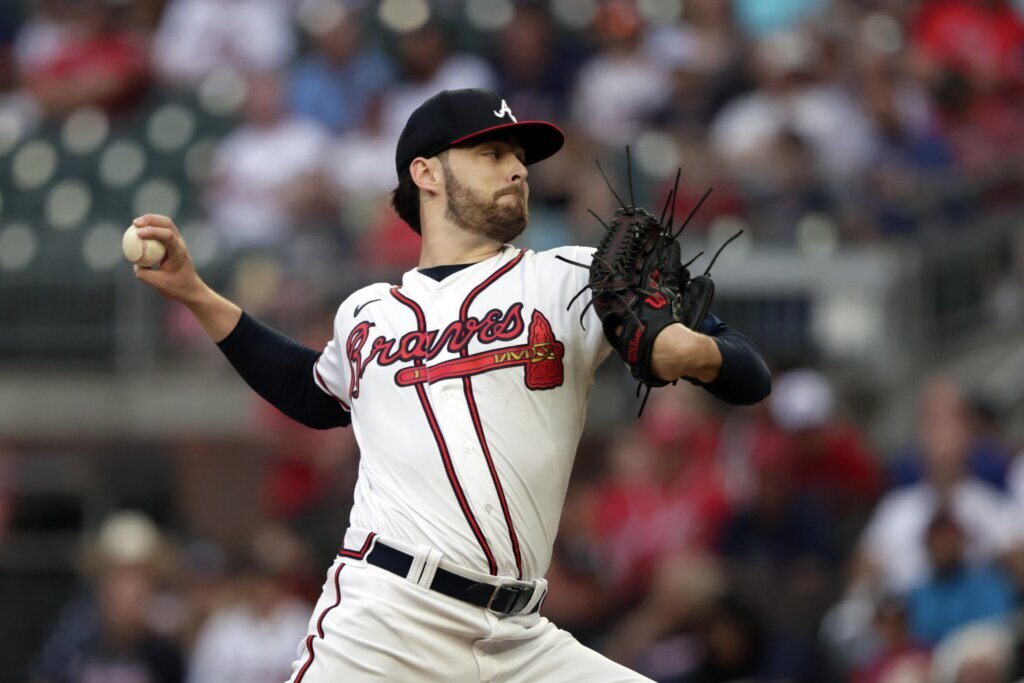 NEW YORK (AP) — The Atlanta Braves optioned struggling right-hander Ian Anderson to Triple-A Gwinnett on Sunday prior to their series finale with the New York Mets.

Anderson, who was sent to Triple-A along with outfielder Guillermo Heredia, allowed four earned runs in 4 2/3 innings with four walks and three strikeouts Friday. Atlanta ultimately won 9-6 after leading 8-1 through two innings.

The 24-year old Anderson has been a key member of the Braves’ rotation over the last three seasons, posting a 21-13 record with a 3.99 ERA in 51 career starts. He also has been a force in the postseason, going 4-0 with a 1.26 ERA over eight playoff starts, including a victory over the Houston Astros in Game 3 of the 2021 World Series.

This season, Anderson has struggled: a 5.11 ERA over 21 starts, tied for the major league lead with 53 walks and not getting through seven innings in a game this season.

“It’s tough,” Anderson said. “I haven’t thrown the ball all that well.”

Anderson will remain on Atlanta’s taxi squad and serve as the 27th man for the Braves’ doubleheader in Miami on Aug. 13. Braves manager Brian Snitker indicated that Anderson would start one of the two games.

“We need to get him right,” Snitker said. “He’s a big part of what we’ve got going on. Hopefully he can take a step back and reassess things and get himself going.”

Right-hander Huascar Ynoa was recalled from Triple-A and catcher Chadwick Tromp was selected to the major league roster in corresponding moves.

Tromp will serve in a backup role while Travis d’Arnaud recovers from a right lower leg injury.

D’Arnaud was lifted in the seventh inning in the second game of Saturday’s doubleheader after colliding with New York slugger Pete Alonso. He was in a walking boot Sunday, but Snittker indicated that he expected d’Arnaud back prior to Friday’s series opener with the Marlins.