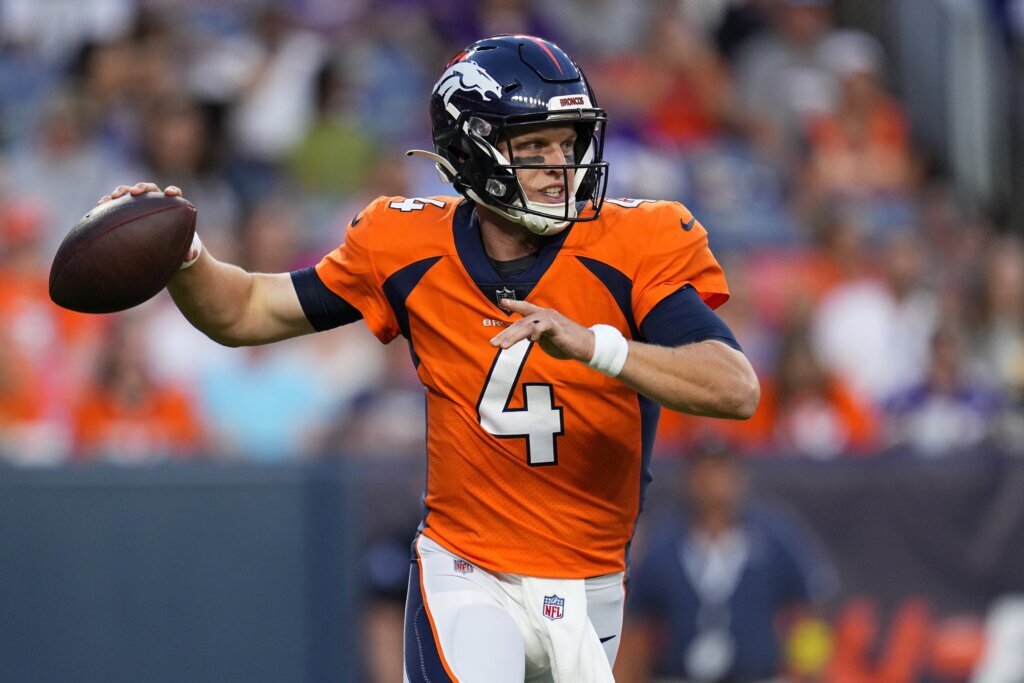 ENGLEWOOD, Colo. (AP) — When Denver Broncos coach Nathaniel Hackett texted Brett Rypien on cutdown day asking him to drop by the team’s facilities, the former Boise State star had a sinking feeling that he’d been cut coming out of camp again.

“That’s never a good sign, so I wasn’t too optimistic about the whole situation,” Rypien said Wednesday.

The news wasn’t what Rypien or many others expected, however: Hackett told him he had beaten out veteran Josh Johnson to serve as Russell Wilson’s primary backup.

“Pretty emotional moment for me,” said Rypien, who was the Broncos’ No. 3 QB last season behind Teddy Bridgewater and Drew Lock and never got into a regular-season game.

Rypien appeared headed for the practice squad again when Johnson took most of the snaps behind Wilson in training camp and played well in the preseason.

“I think Josh is probably somewhat disappointed,” Rypien said. “And I think he has a right to be. I think he had a great camp. He played really well. From my standpoint, I’m obviously excited that it went my way this year. But I know I’ve got to keep working hard.”

Asked what he thinks tipped things in his favor, Rypien said, “I don’t know. I think I tried to show consistency. And, you know, being the same guy every single day coming out with an attitude and a focus to get better. And ultimately, I think I did that.”

That’s exactly what won him the job, Hackett said.

“It was a very hard decision for all of us, for our entire staff,” Hackett said. “So much respect for Josh and ‘Ryp.’ I think that just from a consistency standpoint, ‘Ryp’ edged him out just a little bit.

“But it doesn’t say that we wouldn’t be absolutely ecstatic to have Josh go in for a game if we needed to. So, it was definitely a very close competition.”

Rypien has played in four NFL games, including one start, for the Broncos over the last three seasons.

A lot has been made of Hackett’s approach to training camp, which included sitting most of his starters, especially Wilson, for the entire preseason.

For Rypien, it was a godsend.

“It was awesome. You know, really I felt like this was my first true preseason of getting a lot of action,” he said. “In 2020, we didn’t have one and then last year you know, I came in the fourth quarter and I think really only had like one drop-back pass on first and second down the entire preseason.

Notes: WR Tyrie Cleveland, who missed most of camp with a throat injury, returned to practice Wednesday as did OL Billy Turner (knee) and OLB Randy Gregory (shoulder surgery). … Troy Aikman, who will broadcast the Broncos’ opener at Seattle on “Monday Night Football,” said he was impressed with WR K.J. Hamler’s play against the Vikings in the preseason finale, his first game action since undergoing hip and knee surgeries. Hackett concurred: “He’s very fearless,” Hackett said.