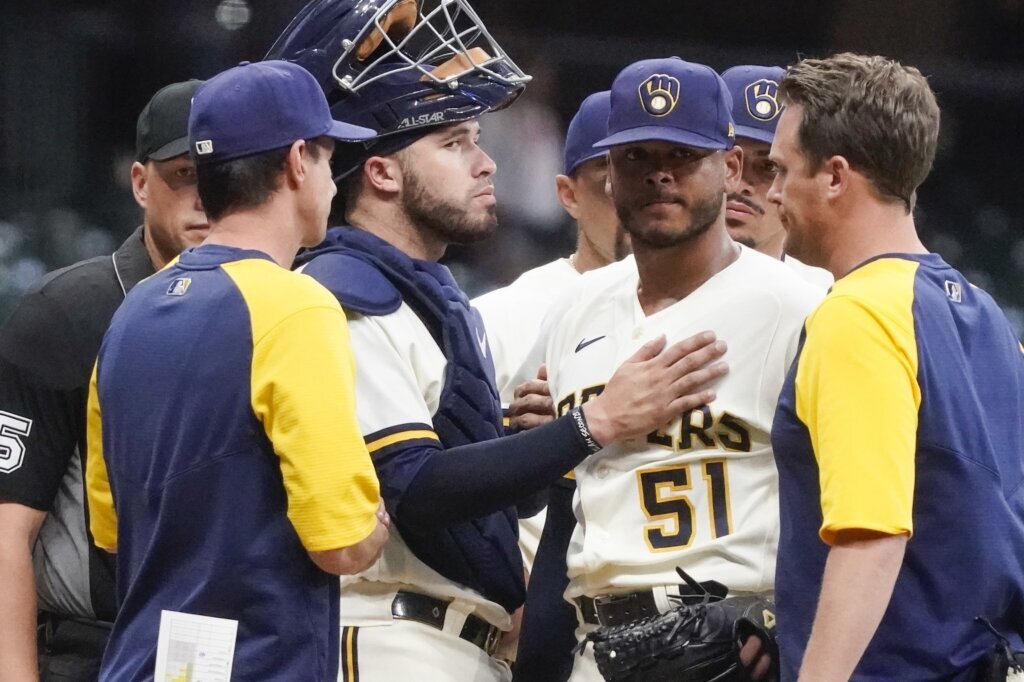 MILWAUKEE (AP) — Milwaukee Brewers right-hander Freddy Peralta left the second game of a Thursday doubleheader with the San Francisco Giants due to fatigue in his throwing shoulder after walking the first batter he faced in the third inning.

After issuing the walk to Tommy La Stella, Peralta was visited on the mound by manager Craig Counsell, pitching coach Chris Hook and medical staff. Counsell then removed Peralta from the game and brought Peter Strzelecki in from the bullpen.

The Brewers led 3-0 when Peralta departed. They won the first game of the doubleheader 2-1.

Peralta, a 2021 All-Star, spent over two months on the injured list with a right lat strain. He made his return on Aug. 3.

He struck out three, walked two and allowed no hits before his early departure Thursday. Peralta’s start had been pushed back three days to give him more time to rest and recover from his last appearance.

This marks the second straight day the Brewers have removed a starting pitcher from a game with a medical issue. Left-hander Eric Lauer exited an 8-4 loss at Colorado with tightness in his throwing elbow Wednesday after allowing seven runs in 2 2/3 innings.

Counsell said after Wednesday’s game that Lauer would miss at least one start.