JOE SALISBURY showed just why he is the world No 1 doubles player with more glory in New York.

The Wimbledon ace and Rajeev Ram became the first pair since Australians Todd Woodbridge and Mark Woodforde in 1996 to defend the US Open men’s doubles title.

The Anglo-American duo beat Neal Skupski and Wesley Koolhof 7-6 7-5 in under two hours on the cavernous Arthur Ashe Stadium.

And this result means Salisbury, 30, will retain his position at the summit of the ATP rankings even though Liverpool battler Skupski was primed to take over.

Salisbury, who splits a prize pot of £600,000 with Ram, has overcome painful back issues this summer to secure a fifth Major doubles crown.

He said: “This is pretty crazy. I can’t believe we’re standing here again. 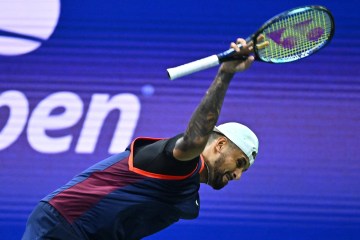 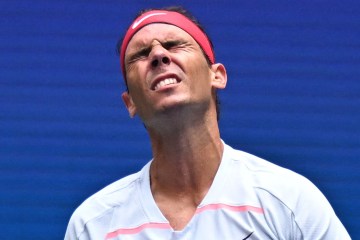 “It is so, so special to play in this incredible stadium. And to have that piece of history, to win this twice in a row, is amazing.

“I’m sure we will have more battles in the future.

“This is a really special place. I always say my favourite slam is Wimbledon —  I’m a bit biased and I love playing at home — but this comes a very close second.”

“I watched Pete Sampras win this tournament. I watched Andy Roddick win here as well as Serena and Venus Williams, too.

“So to be a small part of that as an American… I don’t know what to say.

“It has been an amazing four years with Joe. I hope we can keep going.”

As a mark of respect following the death of the Queen on Thursday, Salisbury had a black armband on his left sleeve while Skupski wore a black ribbon on his chest.

There was little to choose between the two teams in a tight 58-minute first set played in front of a decent midday crowd, who were allowed to come down from the upper tier and sit in the lower seats.

The decisive moments came in the tie-break as Salisbury and Ram came from 4-1 down to take the early advantage.

They won six points in a row to shock Skupski and Koolhof, whose late father Jurrie was a PSV striker and played for the Dutch national football team.

At the business end of the second set, Koolhof was told to “keep talking” by his box because it was felt he and Skupski were too quiet and not communicating enough.

But that advice fell on deaf ears as Salisbury, who received a time violation in the ninth game of the second set, smashed home the winning point after a sloppy Skupski forehand.

All four players on court will now head to Glasgow for the Davis Cup group matches as Britain, the United States and Holland are involved in team tennis combat.

Skupski, 32, said: “We came up against a great team. They played unbelievable tennis.

“This is the best crowd I have played in front of. It was incredible.

“Hopefully Wes and I can be back next year.”

Britain’s Davis Cup group fixtures will go ahead as planned next week.

Andy Murray is set to lead the squad out against the United States, Holland and Kazakhstan between September 14-16 at Glasgow’s Emirates Arena.

Who’s hosting a fundraiser for Wes Moore this month? Who isn’t?