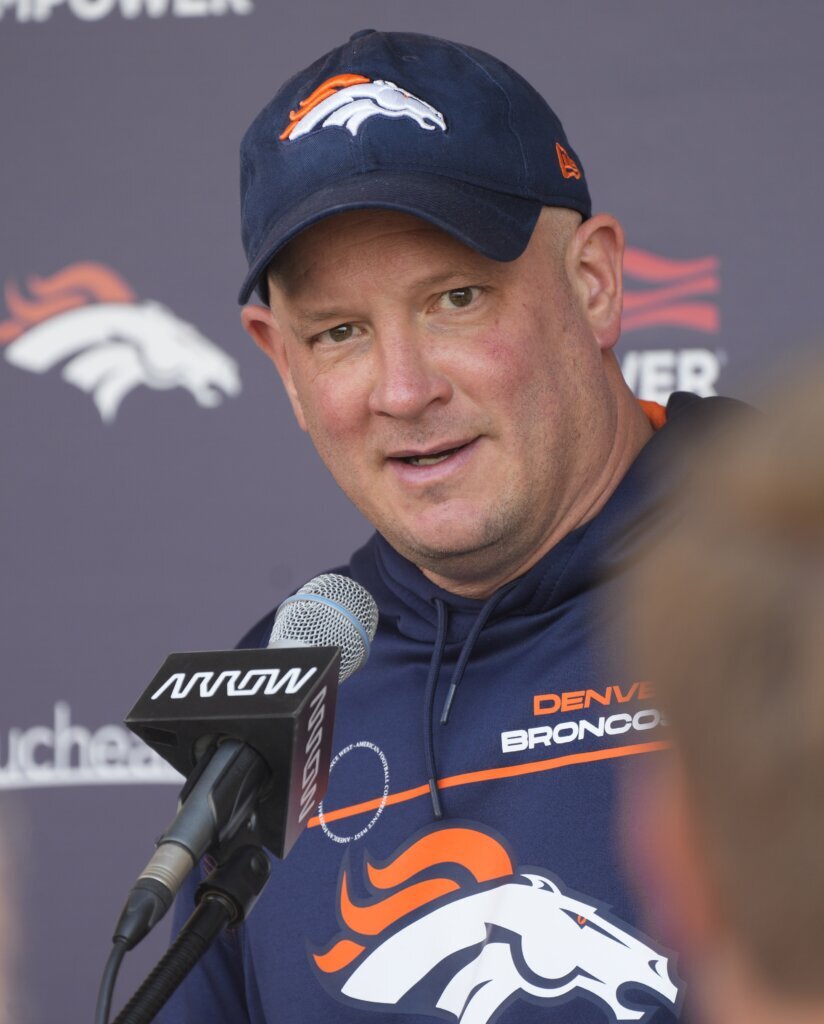 ENGLEWOOD, Colo. (AP) — There was one question the usually loquacious Russell Wilson cut off mid-sentence this summer and that’s…

ENGLEWOOD, Colo. (AP) — There was one question the usually loquacious Russell Wilson cut off mid-sentence this summer and that’s when he was asked if he had any butterflies on the first day of training camp with his new team.

“No, I don’t get nervous,” Wilson declared matter-of-factly.

Taking his cue from his quarterback, Nathaniel Hackett insisted this week that he’s not jittery over his head coaching debut Monday night when the Denver Broncos visit the Seattle Seahawks.

Hackett said as head coach, he’s “still calling the plays and still going through the same process you go through throughout the week. There are just a couple other people you have to talk to. But in the end, it’s a football game.”

“It’s about your preparation,” Hackett added. “Once you prepare the whole week and you feel great about it, then you’re on autopilot and ready to make adjustments if you need to.”

Unlike many first-time head coaches who bring in veteran coaches teeming with experience as coordinators, Hackett hired three first-time coordinators, including two members of the Los Angeles Rams staff.

Hackett brought Justin Outten, 39, with him from Green Bay, where he coached tight ends, and gave him his first job as an offensive coordinator.

Unlike his predecessor, Vic Fangio, who often deferred questions about his offense because he had strictly focused on his defense at practices, Hackett seems to have found his groove managing his time between the units.

“I have a process that I’ll go through during the game,” Hackett said. “Kind of like we did in the preseason, making sure the offense is ready to go, they understand what we’re going to be doing, making sure everybody is on the same page with all the plays that we’re going to try to get to. We’ll communicate that and make sure all the corrections are made and then I’ll get to the defense, and I’ll be on the defensive side.”

Among Hackett’s rather large coaching staff of 28 is Derek Haithcock, who’s title is Assistant to Head Coach.

“I’ll be sure that I’ll have Derek right next to me” on the sideline, Hackett said. “He’ll let me know if anything needs to happen, or if a timeout or if a challenge or anything like that. We’ve got a lot of people that will be in my ear while I’m working with the offense in-between series.”

Although Hackett held out most of his starters from the preseason games, he and his staff inherit a veteran roster that only includes a handful of newcomers such as Randy Gregory and D.J. Jones on defense and Wilson and Billy Turner on offense. All bring loads of experience to Denver.

Stukes has the most youth to deal with. Punter Corliss Waitman, who beat out veteran Sam Martin this summer, has seven career punts over two games with the Steelers last year, and the team’s new kick returner is rookie Montrell Washington.

“It’s been awesome,” said McManus, the only player left on the roster who was on the Broncos when they won Super Bowl 50 seven seasons ago. “First was Coach Hackett, getting the chance to meet him and his energy. He’s been phenomenal, a breath of fresh air for everyone. With the (Walton-Penner family ownership group), it’s been awesome to get the chance to speak with them and with Damani.”

McManus said all this infusion of new energy will help Denver snap its six-year playoff drought and get the region buzzing over the Broncos again.

“The (Colorado) Avalanche are the champions in the city right now, but there’s nothing like a winning Broncos team in this city just to get everybody going,” McManus said.

“I’m looking forward to getting back to that, but all the newness has been great. It’s been exciting for everybody.”