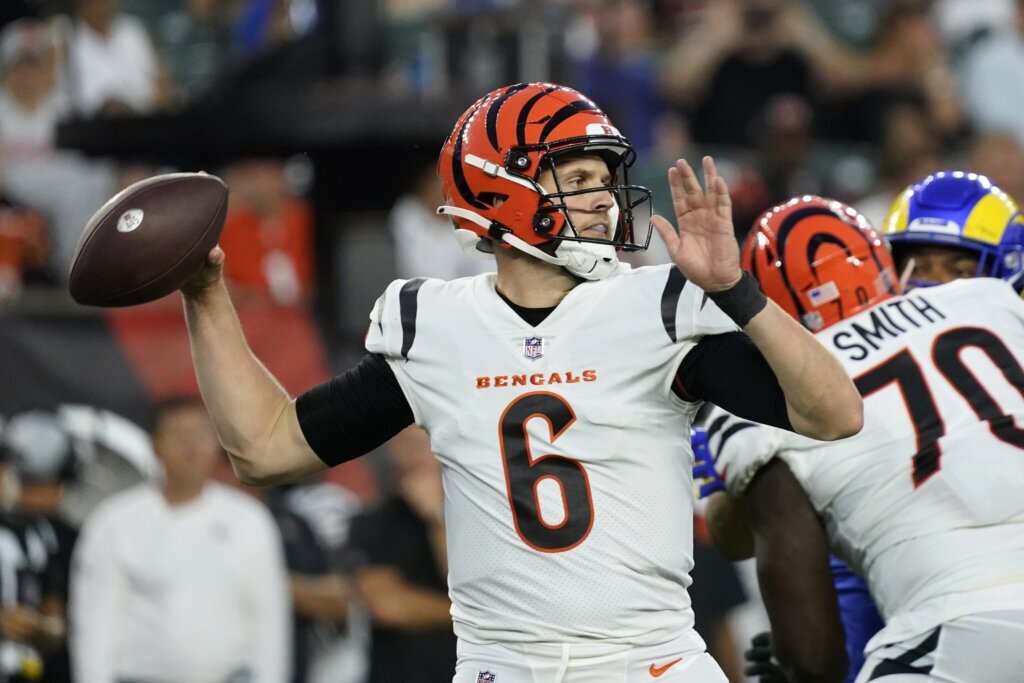 CINCINNATI (AP) — Jake Browning came off the bench to go 19 of 24 for 173 yards and a touchdown, leading the Cincinnati Bengals to a 16-7 win over the Los Angeles Rams on Saturday in a preseason game contested mostly by backups.

Tight end Justin Rigg caught a 3-yard touchdown pass from Browning with 4:34 remaining to secure the win in the rematch of last season’s Super Bowl, which Los Angeles won 23-20.

Two days after the teams were involved in a benches-clearing brawl at a joint practice during which Rams star Aaron Donald swung a helmet, the game proceeded without incident. Both teams also appeared to avoid any serious injuries in their preseason finale.

Third-string quarterback Bryce Perkins scrambled for the Rams’ only touchdown with 11:25 remaining.

The game was more notable for the players who didn’t play. Sidelined Bengals regulars included quarterback Joe Burrow, who is back at practice after undergoing an emergency appendectomy on July 26, the day before training camp opened.

Bengals backup quarterback Brandon Allen played most of the first half, going 11 of 15 for 130 yards.

The Rams host the Buffalo Bills on Thursday, Sept. 8, in the first game of the NFL’s regular season.