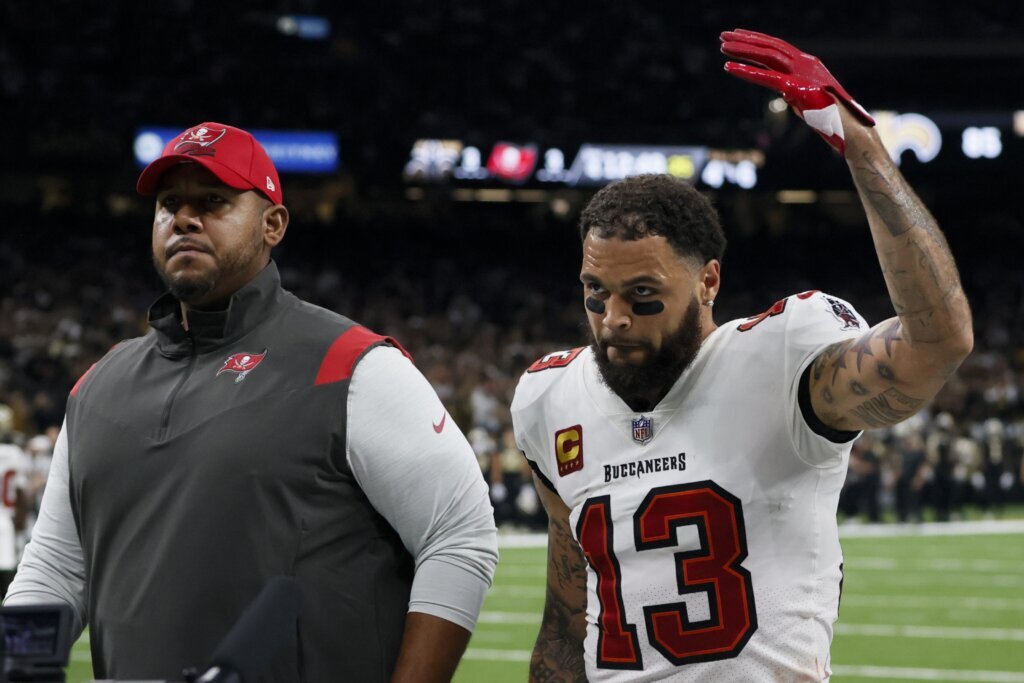 TAMPA, Fla. (AP) — The Tampa Bay Buccaneers will face the Green Bay Packers without leading receiver Mike Evans, whose appeal of a one-game suspension for his role in an on-field brawl was denied on Wednesday.

The NFL disciplined the eight-time, 1,000-yard receiver for “violations of unnecessary roughness and unsportsmanlike conduct rules” after Evans knocked New Orleans cornerback Marshon Lattimore to the ground, escalating a dust-up that began with Tom Brady exchanging words with the Saints star.

Bucs running back Leonard Fournette shoved Lattimore, who shoved Fournette before Evans intervened and knocked the New Orleans player to the turf.

Evans and Lattimore were both ejected, however Lattimore was not suspended.

Coach Todd Bowles didn’t have much to say about Evans losing to his appeal.

“It hasn’t changed since the other day. Sunday’s going to come whether he plays or not, and we’ve got to get ready to play without him,” Bowles said after practice Wednesday.

It’s the second time Evans will serve a one-game suspension for confronting Lattimore. In 2017, the Bucs receiver leveled the cornerback with a blindside hit while Lattimore was engaged in a heated exchange with then-Tampa Bay quarterback Jameis Winston.

Evans is the only receiver in NFL history to begin a career with eight consecutive seasons with at least 1,000 yards receiving. His 76 touchdown catches are the most by any player since he entered the league in 2014.