BARCELONA are back in LaLiga action today after a stunning Champions League win.

Star striker Robert Lewandowski helped himself to a hat-trick in the 5-1 battering of Viktoria Plzen in the week, and trip to Cadiz is next for Xavi’s side.

Xavi said: “I am running out of praise for him.

“He’s scored a hat trick, but it’s not just that. It’s how he plays and how he makes the team play, finding the third man, reading the space perfectly, pressing. 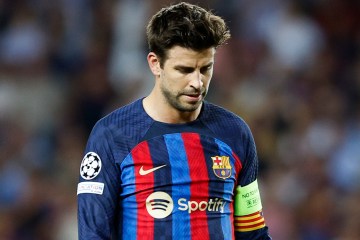 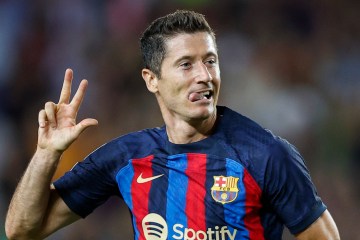 When is Cadiz vs Barcelona?

What live stream and TV channel is Cadiz vs Barcelona on?

Cadiz vs Barcelona will be broadcast live on Premier Sports 1.

LaLiga TV on Premier Sports starts from £7.99 per month for subscribers.

Xavi will be looking ahead to the huge Champions League clash against Bayern Munich next week, so may switch up his starting XI.

Sergi Roberto suffered a muscle injury in the 5-1 win over Plzen, and is Xavi’s main injury concern.