California lawmakers OK budget; most taxpayers to get refund 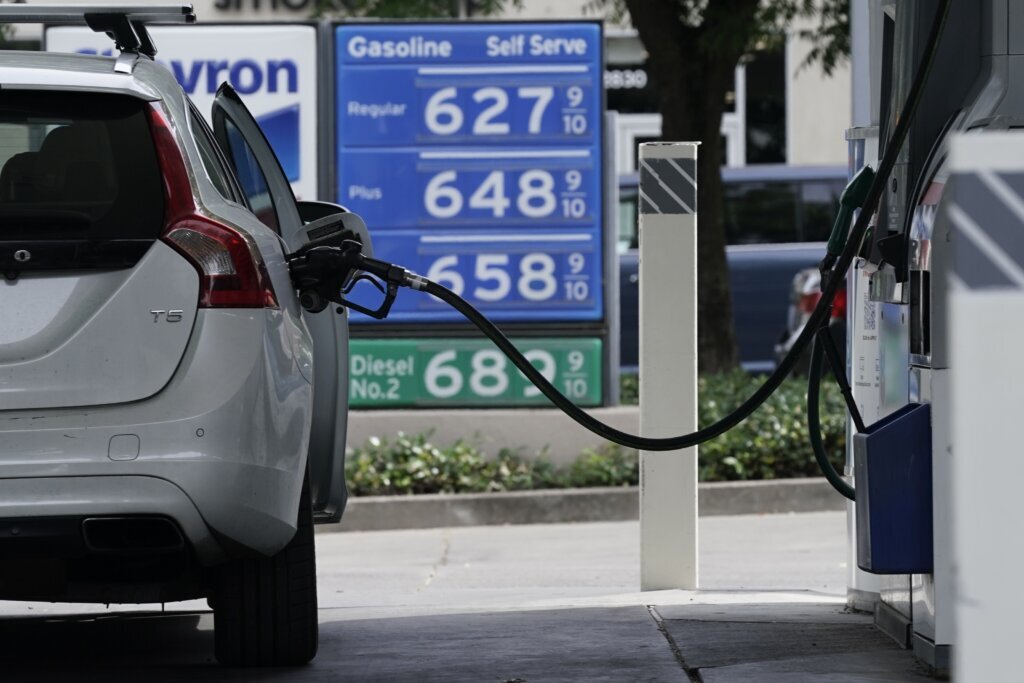 SACRAMENTO, Calif. (AP) — California lawmakers on Wednesday approved a nearly $308 billion spending plan that includes money to cover abortions for women who can’t afford them and the health care costs for low-income adults living in the country illegally while sending cash payments to most taxpayers to help offset record-high gas prices.

The operating budget now heads to Gov. Gavin Newsom’s desk, who could sign it by the end of the week before lawmakers leave town for their summer recess.

The budget continues a remarkable turnaround for the nation’s most populous state, which just two years ago raised taxes and slashed spending to cover what they feared would be a staggering $54.3 billion budget deficit caused by the pandemic.

Instead, California’s revenues soared on the back of a roaring stock market that boosted the wealth of the state’s disproportionate share of millionaires and billionaires who pay higher tax rates than other states. The top 1% of California earners account for roughly half of all the state’s income tax collections.

The result: A $97 billion budget surplus, the largest in state history.

“Thanks to California voters who gave California a progressive tax system that ensures the wealthiest among us pay their faire share, this historic budget truly puts California’s wealth to work for all,” said state Sen. Nancy Skinner, a Democrat from Berkeley and chair of the Senate Budget and Fiscal Review Committee.

Republicans bemoaned the size of the state budget and slammed Democrats and the governor for not suspending the state’s tax on gasoline — which will increase to 53.9 cents per gallon on Friday to accompany the state’s average gas price of $6.30 per gallon, the highest in the nation.

Republicans attempted to amend the budget on Wednesday to suspend that gas tax, but Democrats rejected it.

“You’re basically telling California motorists to take a hike. You’re telling everyone struggling to put food on the table and gas in their car that this Legislature just doesn’t care,” said Republican state Sen. Brian Jones.

Instead of suspending the gas tax, Democrats who control California’s government chose to send cash to taxpayers. Households that earn less than $500,000 per year and single people who earn less than $250,000 per year will get between $200 and $1,050, depending on how much money they make.

“We did tax refunds because we value dollars in your bank account versus pennies at the pump,” said Assemblymember Phil Ting, a Democrat and chair of the Assembly Budget Committee.

The budget reflects a wish-list of Democratic priorities on health care, education, transportation and climate change.

Now that the U.S. Supreme Court has overturned Roe v. Wade and some conservative states are outlawing or severely restricting access to abortion, California’s budget includes more than $200 million to support clinics and train providers in the state — including $40 million to cover procedures for women who can’t afford to pay for them.

The budget authorizes the state to pay for the health care of all low-income adults regardless of their immigration status, clearing the way for about 714,000 people who are living in the country illegally to be eligible for Medicaid that will cost taxpayers about $2.6 billion per year when fully implemented.

Meanwhile, workers in hospitals and nursing homes will be eligible for bonuses of up to $1,500, part of the state’s strategy to help health care providers retain a labor force that has shrunk because of the stress of working during the coronavirus pandemic.

For California’s troubled high-speed rail project, lawmakers agreed to finally release $4.2 billion in bond funds with a priority to build a section of track between the Central Valley cities of Merced and Bakersfield. In exchange, they created the Office of Inspector General, a new independent agency with power to audit the project.

The budget includes record-high spending for public schools, including $2.8 billion to compensate school districts for declining enrollments once schools reopened after shutting down at the start of the pandemic.

Despite the state’s record surplus, the budget does include at least one new tax. Lawmakers agreed to tax the extraction of lithium, a critical component for the rechargeable batteries that power electric cars. Demand for lithium is increasing as electric cars become more popular, and 20% of the tax will go to help restore the Salton Sea, a lake in Southern California ideal for lithium extraction.

Lawmakers also passed several gun-related bills they are hurrying to Newsom before they adjourn for a summer break. That included a bill to let private citizens to sue people who sell illegal firearms.

Eknath Shinde will be sworn in as Maharashtra CM at 7.30 pm today: Fadnavis